Possumhaw: Safe and sound at home 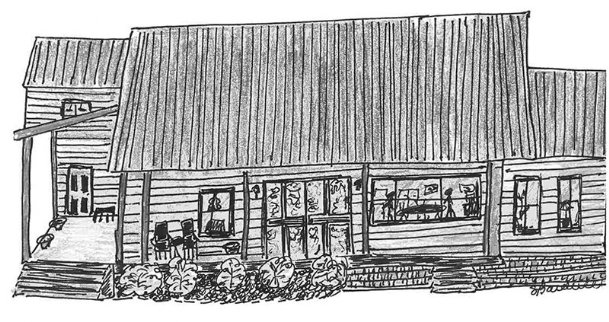 "I'm concentrating on staying healthy, having peace, being happy, remembering what is important, taking in nature and animals, spending time reading, trying to understand the universe, where science and the spiritual meet." Joan Jett, American rock singer-songwriter

If ever there was a good season to draw close to home, this would have to be it. The sun shines, the flowers bloom, the clover multiplies, the birds sing, the bees buzz. Dandelions open fully in the mornings. Rabbits love dandelions, the flower, the stems, all of it. One couldn't get closer to "farm to table" than harvesting dandelions. There's also clover. I forage for clover as it gets taller and taller while the rabbits wait expectantly in their pens. I had hoped rabbits could roam free-range, but rabbits are prey for everything and anything here in the Prairie. Sam built an exercise pen out of an old trampoline frame some years ago. After a few times of digging and hopping, they resisted being taken from their cozy hutches. Rabbits prefer a safe, cozy place with food and water, sunshine and dandelions. It's home.

On the other hand, as the nights grow warmer the cats, Harry and Wilhelmina, have begun to stay outside overnight, much to my dismay. Sam makes the last round at night when I can't find them. One night Sam's flashlight illuminated Harry's cat eyes while he peeked from behind a tree. Then Harry scampered away into the darkness. The next morning Sam arose around 5 a.m. to go fishing. When I left for the day the cats had not appeared, which was a little unusual.

After work I returned home and still no cats. I slid into my mud boots and began to search. Harry has extremely good hearing and eyesight. I knew if I came anywhere near him, he'd see or hear me. I started yelling a loud "Harry" about every five seconds as I made my way across the fields and into the woods. Immediately, Wilhelmina appeared and was agreeable to being carried home. Still no Harry.

I searched and called again. The most likely reason a curious cat goes missing is being caught in a place they can't escape. Our Prairie house is located on a dead-end gravel road with four neighbors covering a lot of acreage. My work was cut out for me. I searched a small abandoned shack, but no Harry. Most of the trees were just beginning to leaf out so visibility was good. No sign of Harry. I checked up and down the road. No Harry.

Sam returned at suppertime. I told him Harry was missing. Sam reported having seen him before he went fishing; Harry was on the porch. That made me feel better as then he had been missing for 12 hours rather than 24.

Then Sam remembered that while parking his boat he heard a noise coming from above the garage. There's a bedroom over the garage so we hurried to check. Sure enough, the door to the bedroom was opened, and as we approached the awakening Harry stood up on the bed, yawned and stretched. Harry had never left home.

3. Mona Charen: It's not about principles NATIONAL COLUMNS

5. Voice of the people: David Chism LETTERS TO THE EDITOR ([email protected])