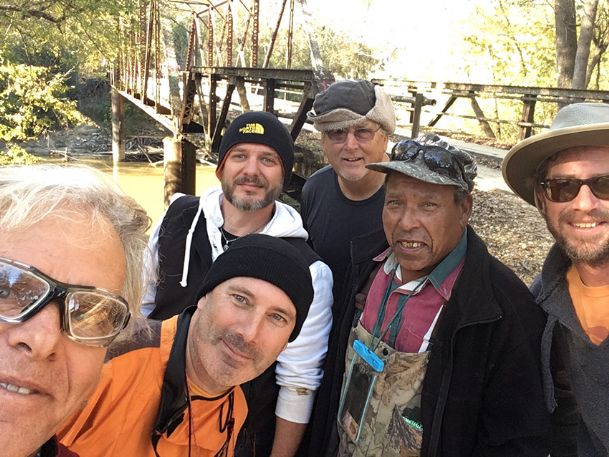 Having spent a healthy slice of time in my formative years on the Tombigbee in a ski-boat dodging stumps, blue rock and gravel shoals, it seems like a fitting destiny to be quietly paddling a kayak through those same waters half a century later.

Only those waters are not the same. Laws Shoals is gone; so is White Sands, a sliver of beach below the trestle (in those days there was only one trestle); and with the deeper water, the hazards of blue rock are no more. Even the cable swing between the mouth of Moore's Creek and Ruben's Fish House has vanished without a trace.

With the completion of the Tennessee-Tombigbee Waterway in the 1980s, my beloved little Tombigbee disappeared.

Well, not completely. There are vestiges of it, on the east side of what is known locally as The Island and in the oxbows at places like the Waverly Cut-Off, Hairston Bend near Camp Pratt and across from the DeWayne Hayes Recreation Area.

These maze-like formations, the result of Army Corps of Engineers' efforts to straighten the channel for commercial traffic, are nirvana for the sport fisherman and paddlers of kayaks, canoes and stand-up paddleboards (SUPs). For the non-motorized explorer, these hidden passages offer a profusion of natural wonders.

During a late-afternoon paddle at Hairston Bend, I had the good fortune to happen upon and was able to follow a swimming deer. Blue herons and white egrets are abundant, as are mallards and wood ducks and occasionally their offspring. Honking geese are quick to make known their displeasure at your presence. And, occasionally there is a bald eagle, unmistakably large, majestic and awe-inspiring.

As for the flora, there are pink native azaleas in the early spring, followed by dogwood, honeysuckle and throughout the year, a profusion of wildflowers I can't identify.

Here's an image for you: Once in early fall paddling down Yellow Creek above Steens, the misting rain on my glasses, I experienced nature as did the elderly Monet (or so I imagined), whose late-in-life cataracts transformed his vision and paintings.

This thought occurred to me as I rounded a bend to behold an American beautyberry bush laden with magenta berries, rendered by my fogged glasses a colorful splotch on a green field, a lovely impressionistic image. A week or so later, I paddled the same stretch hoping for a second look, but the rain and mist were gone, and birds had helped themselves to the berries.

The river is capable of other art forms. On smaller streams like Yellow Creek, the Luxapalila and the Buttahatchee, the paddler passes fantastical arrangements of uprooted trees and natural detritus, which if could be transported in toto to an exhibit hall of one of the world's great museums -- say The Prado in Madrid or the Met in New York City -- would not only look fitting, but would leave museum-goers astonished by the beauty and originality of the sculptor's creations.

The trees, the upright ones, do their part for the natural beauty of the riverine landscape. American hollies, their foliage dark green and dense with red berries, offered holiday cheer along the Buttahatchee above Caledonia in the weeks before Christmas.

When my kayaking buddy H.D. Taylor is in the mood for crappie, he paddles to a cypress slough about two miles upstream from his home on the Luxapalila near the Highway 50 bridge.

At the back of H.D.'s slough a magnificent swamp chestnut oak towers over a two-tiered beaver pond. On a summer afternoon a year or two ago I was climbing out of my kayak for a closer look at one of the dams when my daughter noticed a snake entwined in the dam's infrastructure. I canceled my inspection.

Recently, with the Luxapalila at flood stage, I paddled through the slough to check on the beaver dams. The high waters had obliterated all traces of the ponds, the dams and the snake. No doubt, come spring, they will be back.

One of my kayaking buddies, Larry Priest, grew up in California. He, like the rest of us, is bemused by the dearth of paddlers on these small streams. "If this were California," he says, stretching his arm toward the rippling creek beside us, "it would be covered with folks."

Larry's comment is not a complaint. Far from it. He, like the few paddlers, who regularly avail themselves of this wilderness wonderland at our doorstep, considers his good fortune as he ponders where his next outing will take him.

2. Our View: Now is the perfect time for sincere, symbolic action DISPATCH EDITORIALS

4. Our View: Public and press prevail in pursuit of LTC names DISPATCH EDITORIALS

5. Voice of the people: William Hairston LETTERS TO THE EDITOR ([email protected])