A stowaway kitten who survived a three-week ocean voyage from China to California trapped in a storage container without food or water has found a new home.

Harvard University, whose motto “Veritas” means “truth,” has never had a student honor code in its nearly 400-year history — as far as it knows. But allegations against 125 students for improperly collaborating on a take-home final in the spring are leading to renewed consideration of the idea.

First since ’52: No talk of war in GOP speech

ith America embroiled in its longest armed conflict, Mitt Romney became the first Republican since 1952 to accept his party’s nomination without mentioning war.

By Alicia A. Caldwell and Eileen Sullivan/The Associated Press • September 1, 2012 Decision not to charge Ariz. sheriff isn’t the end

The federal abuse-of-power investigation into America’s self-proclaimed toughest sheriff may have been closed without criminal charges but Maricopa County Sheriff Joe Arpaio’s legal troubles are far from over.

GRANTS PASS, Ore. — Nina Musselman had no trouble finding a family doctor when she retired to rural Oregon nine years ago to be closer President Barack Obama would make tax credits for college expenses permanent and expand Pell grants for students from lower-earning families. The Republican team of Mitt Romney and Paul Ryan would emphasize the need to curb rising tuitions and federal education spending that are burdening families and the government.

At least three people have died in a shooting at a New Jersey supermarket early today, a law enforcement official said. 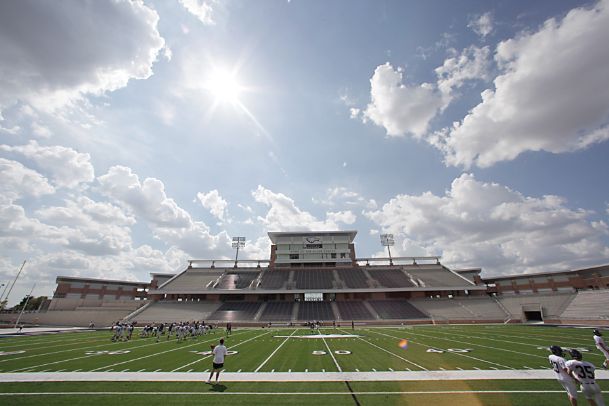 Call it the palace of high school football: A gleaming $60 million facility with seats for 18,000 roaring fans, a 38-foot-wide high-definition video screen, corporate sponsors and a towering upper deck. Trouble with the chair: Clint mocked for RNC bit A recently discovered block of eastern Wisconsin cheddar cheese that dates back to the Nixon presidency will be sold for $10 per ounce. When Mitt Romney strode onto a windswept New Hampshire farm last summer to begin his presidential bid, he spoke about jobs and taxes and a restoration of American might. What he didn’t talk about was himself.

Misery in La. as Isaac flooding leaves power out Drivers are being hit with the biggest one-day jump in gasoline prices in 18 months just as the last heavy driving weekend of the summer approaches.

The embalmed body of actor Sherman Hemsley, who became famous for his role as television’s George Jefferson, will be kept in refrigeration at an El Paso funeral home until a local court rules on the validity of his will.

Most Americans say go ahead and raise taxes if it will save Social Security benefits for future generations. And raise the retirement age, if you have to. Burden on prosecutors to prove sanity

If James Holmes pleads not guilty by reason of insanity, prosecutors wanting to prove that he methodically carried out a deadly Colorado movie theater shooting have a difficult task before them: They must prove he is sane. Scientists have found three well preserved ancient insects frozen in amber — and time — in what is Earth’s oldest bug trap.

President Barack Obama has declared federal emergencies in areas of Louisiana and Mississippi hit hard by Isaac, moving to speed federal aid and recovery efforts to the hurricane-battered Gulf Coast.

Brett Favre shouldn’t have to respond to some embarrassing claims about his personal life that two massage therapists are making in a lawsuit, his lawyers say.