Moscow's main airport swarmed with journalists from around the globe Wednesday, but the man they were looking for, National Security Agency leaker Edward Snowden, was nowhere to be seen.

Texas woman set to be 500th execution in state

Senate Republicans are split over the immigration bill steaming toward approval at week's end, a divide that renders the ultimate fate of White House-backed legislation unpredictable in the House and complicates the party's ability to broaden its appeal among Hispanic voters.

Oil price falls below $95 a barrel

In significant but incomplete victories for gay rights, the Supreme Court on Wednesday struck down a provision of a federal law denying federal benefits to married gay couples and cleared the way for the resumption of same-sex marriage in California.

In these hyper-connected, over-shared times dwell two kinds of people: those preoccupied with taking and uploading photos of themselves and those who have never heard of the selfie.

As a neighborhood watch volunteer, George Zimmerman called police close to 50 times over an eight-year-period to report such things as slow vehicles, loitering strangers in the neighborhood and open garages. 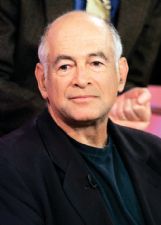