Q&A for the latest health law fight: Battle of mandates

Parents who have been fretting over the low levels of arsenic found in apple juice can feel better about buying one of their kids' favorite drinks.

House Republicans are embracing a step-by-step approach to immigration, in contrast to the sweeping plan passed by the Senate and backed by the White House. But they're offering neither specifics nor a timetable -- nor any mention of possible citizenship for an estimated 11 million immigrants living in the country unlawfully.

Fla. cities on guard for any post-Zimmerman unrest

What the gov't pays industry to snoop 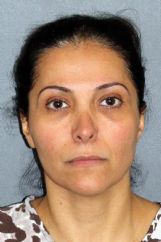 A Saudi princess was charged Wednesday with human trafficking for allegedly holding a domestic worker against her will and forcing her to work at an Orange County condominium, prosecutors said.

His arm in a cast and his face swollen, a blase-looking Dzhokhar Tsarnaev pleaded not guilty Wednesday in the Boston Marathon bombing in a seven-minute proceeding that marked his first appearance in public since his capture in mid-April.

Back to negotiations after student loan plan fails