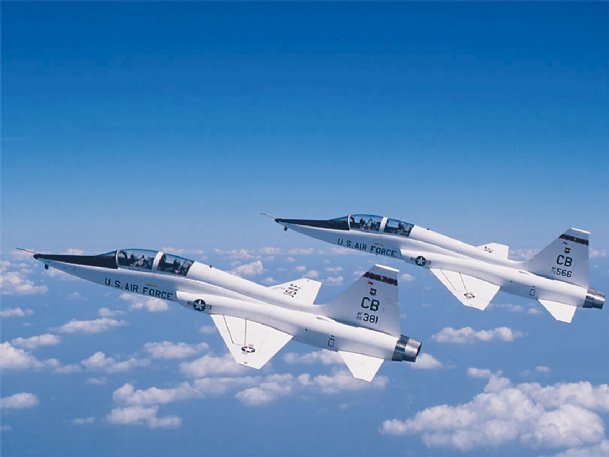 Two T-38C Talon jets are shown in this Dispatch file photo. Two Columbus Air Force Base pilots, a student and an instructor, died after the T-38 they were flying crashed at about 5:30 p.m. Friday outside Dannelly Field, an Air National Guard base in Montgomery, Alabama. The Air Force is investigating the cause of the crash. Photo by: Dispatch file photo 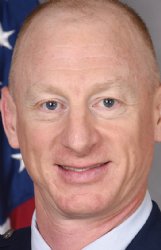 A student pilot and instructor pilot from Columbus Air Force Base both died in a plane crash in Montgomery, Alabama, on Friday night.

The pilots were flying a T-38C Talon on a routine cross-country training mission when the jet crashed at about 5:30 p.m. outside Dannelly Field, an Air National Guard base in Montgomery, CAFB commander Col. Seth Graham said at a press conference in Columbus on Saturday.

Neither the press release nor Graham released the name of the student pilot, but Graham said Saturday he was a 24-year-old member of the Japanese Air Self Defense Force, one of about 15 Japanese student pilots currently training at CAFB.

Graham offered his condolences to the pilots' families and friends and said base personnel are grieving with them.

"We here are a close-knit team, and the loss of two of our teammates is something that affects us all," he said. "That said, the strength of our bond is what will help us get through this together."

Graham said investigators would look at several factors, including the weather. Despite winter storms throughout the Southeast this week, the National Weather Service reported the weather was fair and sky conditions clear in Montgomery Friday evening.

"One thing the Air Force is really good at, unfortunately, is investigating mishaps. We've got a time-tested process," Graham said. "Part of that process is collecting every aspect of what would have affected the mission that day, and weather is absolutely one thing that the investigative board will consider when they're making their determinations on the cause of the accident."

Graham said it is common for pilots to fly cross-country training missions and night missions over the weekend, and that the pilots were on the first leg of a "two-leg" overnight journey, though he did not have the final destination at the press conference. He said flying activities have been temporarily suspended and will likely remain so for the next few days.

He said the base community would "rally" and support the family and friends of the two pilots in the coming days.

The last crash involving Columbus Air Force Base pilots occurred in May 2018. A T-38 Talon crashed near the Monroe-Lowndes county line during a routine training sortie. The two pilots in the plane ejected before the crash and were treated and released from Baptist Memorial Hospital-Golden Triangle that day.