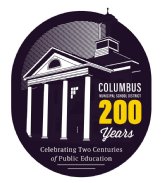 Kill the lights, at least for this year.

The Columbus Municipal School District Board of Trustees approved 10 capital improvement projects, but decided to table a project to address the lighting at the Columbus High School football stadium because of the expense of the board's preferred option for the project.

District maintenance manager Stephen Little recommended the board replace the stadium's current lighting, which he said has become outdated, with a new LED lighting system that's estimated cost would be $240,000 -- almost as much as the board approved for the other 10 projects.

"It's getting hard to get parts for the lights we have there now," Little told the board. "The bulbs and the ballasts are getting outdated. The other problem is that last year when we went to replace some of the bulbs, we found out that the wiring was pretty bad on almost every pole."

Little said he had three estimates on rewiring the lights for the antiquated metal halide lights, ranging from $37,000 to $65,000.

"If we decided we wanted to go with the LED lighting, it comes already wired," Little said. "The LED lights are connected to a panel box on the ground, where all the ballasts and equipment are going to be. The only reason you would ever have to go up the poles would be to replace a light. We probably wouldn't have to have anybody go up a pole for several years if we go with the LED lighting."

Given the expense, the board voted to remove the lighting project from its list.

Funds from the other projects will come from the district's capital improvement account.

"It's hard to get an estimate of the full cost for the woodwork until they start working to see what all needs to be replaced." Little said.