Car-ma: Car club to help get local woman back on road 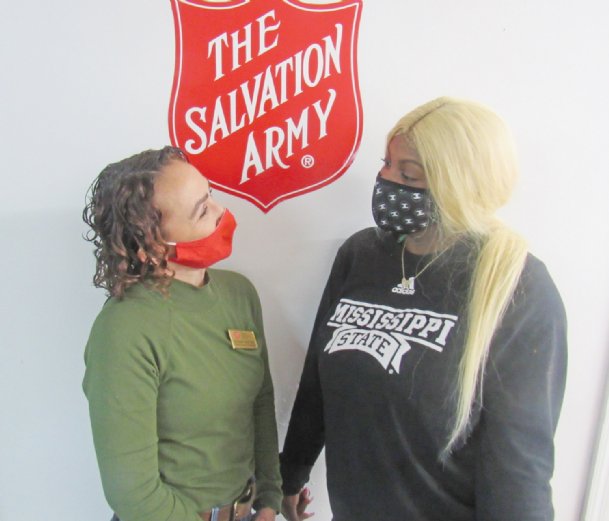 Starkville Salvation Army manager Bethany Westoby, left, says no one is more deserving of a good turn than her assistant Tatiana Burgess, whose enthusiasm and hard work impressed her since she arrived at the organization. A local car club hopes to raise money to purchase a car for Burgess, whose car broke down during the height of the Salvation Army's Christmas drive in December. Photo by: Slim Smith/Dispatch Staff 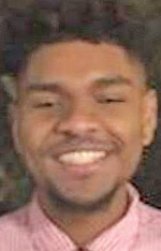 At about 10 a.m. on Dec. 10, Tatiana Burgess was pulling into the Kroger parking lot to drop off a kettle for the Starkville Salvation Army's Red Kettle drive when she felt a jolt, followed by a terrible noise.

"I thought at first it was a flat tire," Burgess said. "But when I got out of the car, I could see the axle. It was broken. The sound I had heard was the axle dragging on the pavement.

"It was like the end of the world to me," the 21-year-old recalled.

Three hours later, Burgess arrived back at the Salvation Army center in tears.

"She just came in and put her head on the desk and just cried and cried," recalled Burgess' boss, Salvation Army Center manager Bethany Westoby. "But what really amazed me was that more than anything else she was hurt because she didn't know how she was going to pick up and drop off the kettles or pick up Angel Tree presents. It wasn't about her own misfortune. It was about how it would affect the Salvation Army."

A few days later, another young man with serving others on his mind called the Salvation Army.

Grozie Ezell Thomas, 24, is the president of the local chapter of Mississippi Headturners, a group of car enthusiasts with chapters all over the world. When Thomas took over as head of the local chapter, he wanted to expand the club's mission to serve the community.

"I just felt like it would be good if while we're having fun with our shows, we could also be doing something to help people. I knew we were having a car show in Starkville, so I called the Salvation Army to see if we could help raise donations for them," Thomas said.

"His call really came out of nowhere," Westoby said. "He told me they were having a show and asked if they could collect money or donations for us. I said, 'Absolutely.' While we were on the phone, I explained Tatiana's situation and asked him if there was any way they could help us get donations to get Tatiana a working vehicle. He said they would be happy to help. It was one of those karmic things, him calling when he did."

On Saturday, the Mississippi Headturners will hold a car show in the Rick's Cafe Parking lot on Highway 182 in Starkville from 11 a.m. until 3 p.m.

When Westoby arrived as the manager three years ago, Burgess had just arrived herself.

"She was a clerk when I got here," Westoby said. "But from the first day, I knew she was special. She was always asking, 'What can I do? Can I help with this? Can I take over that?'"

When Westoby was deployed for a 14-day relief mission to Lake Charles, Louisiana, after Hurricane Laura, Burgess insisted on going with her as an unpaid volunteer.

"Then, as we were getting ready for our big fundraisers around Christmastime, Tatiana asked if she could take over the Red Kettle drive," Westoby said. "I said, 'Are you sure? That's a big job.' But she insisted. Then, the next thing I know she was saying she wanted to take over the Angel Tree program, too. I said, 'Whoa. Just doing the Red Kettle is a big job and now you want to do the Angel Tree, too?' She's just been amazing."

The Red Kettle drive, which collects donations at storefronts at multiple locations, is the primary fundraiser for the Salvation Army's programs while the Angel Tree program collects and distributes donated gifts for children each Christmas.

Burgess, who is now the center's assistant manager, said working at the Salvation Army is a big part of who she is.

"I had worked in restaurants and retail, but it's nothing compared to how I feel about this job," Burgess said. "I don't have children, so really, this has become a big part of my life. I know all the customers. I know things about them and they know things about me, too. It's just something I love to do."

Burgess said Westoby has been a great encouragement.

"The manager we had before was always saying 'no' to my ideas,'' Burgess said. "But from the start, Bethany wasn't like that. She would listen to all these crazy ideas and encourage me. It's just so much fun to work when you have a boss like that."

It goes both ways, Westoby said.

"Tatiana makes my job so much easier and I think the atmosphere we have here is so special," she said. "We're all working together. We have a great environment here and Tatiana has a lot to do with that. Her enthusiasm and energy are contagious."

Burgess said part of the appeal of working with the Salvation Army is seeing their work affect people who are down on their luck. Now, as she thinks about Saturday's fundraising efforts to get her back in a car, she understands how so many of her customers feel.

"I tear up every time I think about it," she said. "That people would do that for me, it's almost too much."