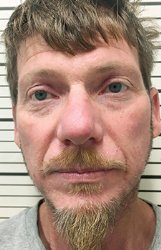 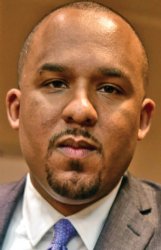 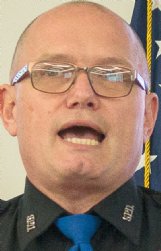 Julia Kathryn Holt said she wanted to see Michael Devaughn's face when she spoke to him from the stand of the courtroom in Lowndes County Courthouse during his sentencing hearing Tuesday.

Devaughn, 53, of Rienzi, had just pleaded guilty to capital murder, more than 30 years after the deaths of Starkville residents Betty Jones, 65, and Holt's grandmother Kathryn Crigler, 81. The two women had been at Crigler's home the night of Sept. 3, 1990, when an intruder entered the home, murdered Jones and sexually assaulted Crigler, who died two months later.

It wasn't until October 2018 that investigators arrested Devaughn after matching DNA from family members of his to DNA taken from Crigler's rape kit. Holt said she'd kept a picture of Devaughn on her phone ever since the arrest.

"That was my best friend," Holt said of Crigler. "... I hope you feel remorse. I hope you've thought about that for 30 years."

An Oktibbeha County grand jury indicted Devaughn for one count of capital murder and sexual battery in 2019. (The plea and sentencing hearing was held in Lowndes County because court is currently in session there.) Prosecutors dropped the sexual battery charge as a condition of Devaughn pleading guilty.

Sixteenth District Circuit Judge Lee Coleman sentenced Devaughn to life in prison without the possibility of parole. Holt said she was glad he pleaded, since he could have faced the death penalty if a jury had convicted him at trial, and she's against the death penalty.

"I forgive you and I pray that you find peace in your heart," she said.

District Attorney Scott Colom told The Dispatch the facts of the case were "terrible."

During the hearing, he told Coleman prosecutors had evidence to show that Devaughn entered Crigler's home and slashed Jones' throat before going into Crigler's room "with his hands covered in blood." He assaulted her, breaking her pelvis, before taking her purse and leaving the house. Colom said Crigler "crawled her way to the kitchen" to call 911.

"She did not know at that time that her friend had been killed," Colom said.

Investigators said the case could not have been solved without advancements in DNA evidence since the 1990s. Colom said it was even unusual for hospitals to perform rape kits at the time, so he was glad OCH did after the assault on Crigler.

Starkville Police Department Lt. Bill Lott, who has been working on the case on his own time for 14 Â½ years, said he later sent further samples of DNA off to different labs, hoping they could match the DNA to DNA of the suspects' family members who had been arrested in other states or who had willingly submitted their DNA to genealogy websites such as Ancestry.com. Virginia-based Parabon NanoLabs eventually matched DNA from the rape kit to relatives of Devaughn whose DNA had been uploaded to GEDMatch, a free online database where individuals can upload DNA to discover relatives or find other genealogical information.

"Genetic genealogy is what actually solved this case," Lott said. "Not CODIS, not your traditional database."

Lott said he followed the case of the infamous Golden State Killer, Joseph DeAngelo, who in June pleaded guilty in California to several rapes and murders stretching back to the 1970s. Investigators in that case matched DNA evidence from one of the crime scenes to relatives of DeAngelo on GEDMatch.

Lott said he wanted to make sure the courts upheld that case before using the same techniques to solve Jones' murder.

"When I saw that the Golden Case Killer's case was held up because of the GEDMatch, which was no expectation of privacy ... I said, 'It's time for us to do it,' to Parabon," Lott said.

Jones' niece, Jennifer McWhorton Taylor, said after 30 years, she was relieved for her family to have a sense of closure. Taylor's mother, Anne McWhorter, is Jones' younger sister.

"She was just a wonderful person," Taylor said of Jones. "And we've always remembered her for being a fun-loving, caring compassionate lady, and are very thankful for (law enforcement), especially Bill Lott for seeing this through to the end and getting our family closure."

Holt told The Dispatch that when she was growing up, she used to spend her summers in Starkville with Crigler, who was a talented singer and piano player.

"My granny was one of the strongest women I have ever known," she said. "I was so close to her. She was my closest grandparent.

"I've known Betty all my life," she added. "Even though she was so much younger, she was one of my granny's very, very best friends."

Jones and Crigler's case became the subject of the Knock Knock podcast, started by Jones' step-grandsons Simon and Jason Jones, who live in Nashville.

The story has been in his family since he was 10, so having a resolution is "a very odd feeling," Jason Jones said.

"You never want to see someone go to prison for the rest of their life, so it's a mixed feeling," he said. "Whatever happens to Michael Devaughn doesn't bring Betty back."

Devaughn's attorney, Mark Williamson of Starkville, did not respond to calls from The Dispatch by press time.

Colom said he also left the case with mixed feelings. The brutality of the crime makes it difficult to feel "happy" about it no matter the outcome, he said, but he is glad the victims' family members -- including Crigler's sister, who was with Crigler when she reported the attack to police -- got to hear Devaughn's sentencing.

"She was able 30 years later to be there when the person that did it finally was caught, accepted responsibility, and she has the comfort of knowing he'll spend the rest of his life in prison, which is what she wanted and what she said she thought her sister would want," he said.

"I'm proud of law enforcement," he added. "They never gave up. Bill Lott -- without him, we never get to this point. Everybody knows that. I was happy that we did our part. We got it across the finish line, my staff and I. We really did prioritize it for the family. ... They should be able to see this."