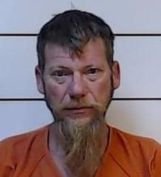 Devaughn, 53, was sentenced to life in prison without the possibility of parole. Investigators with Starkville Police Department arrested him in October 2018 -- 28 years after Jones' death -- after scientists and genealogists matched his family DNA to DNA taken from a rape kit from the 1990 crime scene. He was initially charged with capital murder and sexual battery, but prosecutors dropped the sexual battery charge as a condition of Devaughn's plea.

Jones was killed and her friend, Kathryn Crigler, 81, was sexually assaulted at Crigler's home in Starkville on Sept. 3, 1990. Crigler died two months later, according to her granddaughter Julia Kathryn Holt, who spoke at Devaughn's sentencing hearing.

"I hope you feel remorse," Holt told Davaughn on the stand. "I hope you've thought about that for 30 years."

"We've hoped for this day for 30 years, the day our family could have a sense of closure," said Taylor, whose mother is Jones' sister.

Family members all thanked law enforcement for continuing to investigate the case over the decades, particularly SPD Lt. Bill Lott, who has worked on it for more than 14 years. Lott said he sent DNA samples of the suspect taken from Crigler's rape kit to multiple laboratories, including Virginia-based Parabon NanoLabs, where scientists matched it to familial DNA on both Devaughn's mother's and father's sides of his family.

"Thirty years is a long time to wait," Lott said. "I'm just so happy for (Jones and Crigler's families)."

Devaughn's attorney, Mark Williamson of Starkville, was not immediately available to comment after the hearing.

The Dispatch will update this story in Wednesday's edition.