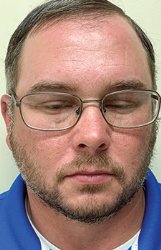 The former manager of the Caledonia Water Department has been arrested for embezzlement, the State Auditor's Office announced Monday.

In addition to the embezzlement charge, State Auditor Shad White said Baggett was issued a demand letter for $3,126.66, a total that includes interest and investigative expenses.

The Caledonia Board of Aldermen terminated Baggett in September 2019.

In an emailed statement, Hemphill said the town acted quickly upon hearing complaints about Baggett.

"When the Town of Caledonia became aware of certain facts regarding alleged actions of Baggett, many of which are reflected in the indictment, the Town took immediate steps to bring those allegations to the attention of the Office of the State Auditor," Hemphill wrote. "Baggett was terminated from his employment with the Town on September 10, 2019. On that same date, the Board of Alderpersons voted to request the State Auditor to investigate the allegations. At that point, all available information was turned over to the State Auditor for investigation and the Town had no further involvement in the investigation other than answering inquiries from the assigned investigator."

The investigation began when a construction contractor reported receiving a strange invoice from Baggett. Investigators also identified a construction site where they believe Baggett was preparing to continue his scheme.

"Using state resources for your personal benefit is illegal and wrong, regardless of the size of the loss," White said. "I'm thankful for the work of our investigators and look forward to a speedy prosecution in this case."

Baggett surrendered to special agents at the Lowndes County Courthouse in Columbus.

The town of Caledonia is protected from liability through a $50,000 surety bond, which covered Baggett's employment at the water department.

Hemphill said the demand letter will require Baggett to reimburse the town for the improper invoice that had been paid through the surety bond.

The town hired Brad Box, former manager of the Caledonia Gas District, in November 2019 as the town's water department manager.