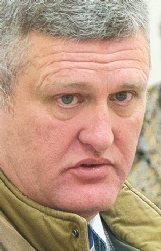 Two dogs are in custody after attacking a citizen in Maben on Friday, Capt. Brett Watson of the Oktibbeha County Sheriff's Office told The Dispatch.

Authorities responded around 11:15 a.m. to a report that three dogs had attacked someone. Watson said OCSO could verify the participation of two dogs, likely pit bull mixes, and seized them from their owner early Friday afternoon. Deputies are still searching for the third dog.

No one has been arrested, and Watson said he does not expect there to be any arrests or charges.

OCSO is still investigating the origin of the attack, but Watson said to his knowledge the victim was walking down Chestnut Street when the dogs attacked, seemingly unprovoked. He declined to say where the dogs are being kept.

Oktibbeha County has an ordinance that defines a "vicious dog" as one "with a known propensity, tendency or disposition to attack, when unprovoked, to cause injury or otherwise endanger the safety of human beings, domestic dogs, livestock or poultry." A vicious dog that kills or severely injures a human "shall be immediately confiscated and thereafter destroyed in an expeditious and humane manner."

OCSO is responsible for enforcing the ordinance, and vicious dog cases are adjudicated in Oktibbeha County Justice Court. A judge and the Oktibbeha County prosecuting attorney will decide the dogs' fate.