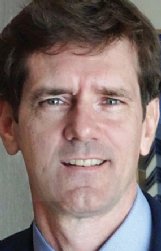 For most of the last two months, Mississippi has seen lower infection numbers, ranging between around 200 to 800 cases a day. In mid-to-late July, the state was regularly reporting between 1,000 and 1,500 cases a day on average.

The count has slowly been rising again. The state health department reported more than 1,300 new cases Thursday. Mississippi has reported a total of more than 108,000 virus cases and at least 3,152 virus-related deaths.

COVID-19 hospitalizations were also rising slightly, with 500 people reported to be hospitalized in the state on Tuesday, compared to 393 on Oct. 3. Mississippi's state health officer, Dr. Thomas Dobbs, said Monday that six hospitals have no beds available in their intensive care units.

"All of the indicators are starting to turn in an unwanted direction," Dobbs said Monday during an online news conference.

The numbers are drawing concerns from health care professionals around the state.

Anita Henderson, a pediatrician in Hattiesburg and president-elect of the Mississippi Chapter of the American Academy of Pediatrics, on Thursday tweeted a screenshot of the daily numbers from the state health department.

"Mask mandate lifted by Tate Reeves two weeks ago," she wrote. "We are in for a long hard winter folks."

Oktibbeha County leads the way in the greater Golden Triangle region with 1,923 total cases (54 deaths) since the pandemic began, according to the MSDH website. There have been 1,713 reported cases in Lowndes County (61 deaths), 660 in Clay County (21 deaths) and 591 in Noxubee (16 deaths).