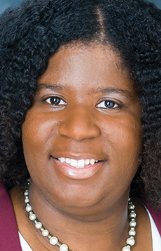 The documentary film "John Lewis: Good Trouble," depicting the life and legacy of the Civil Rights Movement icon and Georgia Congressman who died earlier this year, will be shown as a free drive-in film Sunday at 7:30 p.m. on the Mississippi State University campus.

The Starkville Oktibbeha Unity League (SOUL) and MSU's Holmes Cultural Diversity Center coordinated the event in partnership with the William Winter Institute for Racial Reconciliation, a Jackson-based nonprofit that formed in 1999 to "promote racial reconciliation and civic renewal," according to its website.

The Sanderson Center parking lot has 90 spaces, but there will be more available if more people plan to attend, so anyone who wants to attend the screening should RSVP on Facebook beforehand, said Ra'Sheda Forbes, MSU's vice president for Access, Diversity and Inclusion.

The group originally scheduled the drive-in screening for Oct. 9 but postponed it due to rain.

Lewis was 23 when he helped organize the 1963 March on Washington and 25 when he marched across the Edmund Pettus Bridge from Selma to Montgomery, Alabama. He died in July at the age of 80 after serving 17 terms in Congress.

The source of the documentary's title is a 2018 quote from Lewis: "Never, ever be afraid to make some noise and get in good trouble, necessary trouble."

Forbes said she hopes audience members will get two things out of the screening.

"Firstly, I think that people will really understand the life, legacy and contributions of John Lewis and the impact he's made on the world," Forbes said. "(Secondly), I think one thing we're seeing is that during this current racial climate, there are opportunities to learn, so I hope people are leaning in with the opportunity to learn and understand so we can become more unified and work together."

This past summer saw a reigniting of protests and activism nationwide against anti-Black racism and the killings of Black Americans at the hands of police, triggered by the death of a Minneapolis man named George Floyd in May. Starkville activists organized a protest and rally that drew thousands of people on June 6.

Food and snacks from Where the Food At? and Pop Porium, as well as several food trucks, will be available at the event, starting an hour before it begins, Forbes said.

The MSU President's Commission on the Status of Minorities and the university chapter of the NAACP also worked with SOUL to coordinate the screening.

Anne Buffington of SOUL said the event will hopefully create new community interest in both SOUL and MSU organizations' efforts to educate citizens about social justice.

SOUL formed two years ago from Starkville's race relations teams that had existed since the 1990s. The organization's goal, Buffington said, is "advancing dialogue that builds understanding, promotes change and encourages all to embrace and celebrate diversity."

The University of Mississippi had a similar drive-in movie event in July, and Buffington said SOUL brought the idea to MSU.

"It's a great way to bring our MSU family and our Starkville community together," she said.