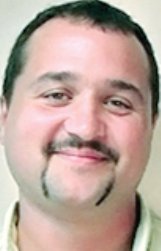 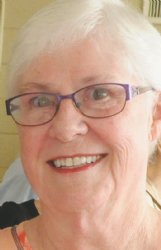 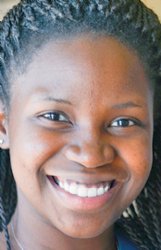 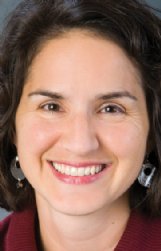 For Greg Fulgham, helping Americans vote runs in the family.

Fulgham, a Republican who has served as District 1 Election Commissioner in Oktibbeha County for 10 years, replaced his grandmother, Margie Fulgham, in 2010. Margie had been the commissioner for 17 years, he said, and his mother and aunt were both poll workers.

"I've grown up around it," he said. "It's sort of a thankless job. Most people don't realize there even is a position of election commissioner until they have something wrong."

But this year, Greg is running to remain in his position.

Along with many of his fellow commissioners, Greg is running for the position unopposed during the Nov. 3 general election. A flurry of election commissioner races are taking place in the Golden Triangle, with only two competitive races in the area -- District 5 in Lowndes County and District 4 in Oktibbeha County.

Election commissioners are elected every four years, according to state law. Commissioners are responsible for maintaining accurate voter rolls and pollbooks, reviewing voter registration, testing voting devices before elections, following the laws governing the election process, training poll workers and monitoring all precincts in their districts. Following elections, commissioners are responsible for counting affidavit ballots and certifying the voting results, and delivering a certificate to the winners of the elections.

There are five election commissioners in each of Lowndes, Oktibbeha and Clay counties -- each elected according to their county supervisor district.

Jean Bigelow, a Republican who has served 16 years as District 2 Election Commissioner in Lowndes County, also is running unopposed. She said her role is important to secure the voting process.

"We are responsible for the entire election, getting the polling places set up, hiring all the people, packing all the boxes. ... There's a lot that goes on that people don't ... realize how big of a job it is," she said. "Elections are vital and important. If we can't have fair, honest elections, we are in literal trouble."

Of all 15 districts in the Golden Triangle, only two seats will be contested this November.

Turner, a Democrat, said she is enthusiastic about running for the position because she has been engaged in voter education for several years. She's hosted candidate forums, called "Tiffany's Tea," for city and county elections.

"It's our duty to make sure that people are informed about every election, about what it takes to participate in an election, what changes have been made," she said of the election commissioner's role.

As an election commissioner, Turner said she hopes to be more visible and engage with voters.

"A lot of people weren't aware that an election commissioner is an elected position, and I feel like that's a problem. Because if we don't know that those officials are there, then how can we be so sure if they are doing the work that needs to be done?" she said. "Not just my incumbent, but I haven't seen any elected election commissioner come forward."

She also said she hopes to dispel rumors that it is unsafe to cast absentee ballots. That rumor, she said, could suppress many from engaging in the voting process.

"Instead of wrapping people in mistrust, I feel like it's the duty of an election commissioner ... to dispel that. Make sure that we educate people on the process and make sure that they are informed about that," she said.

Elder, who has lived in Starkville for 21 years, said she will advocate for voter education, including informing voters of the deadline and the process. She said she also aims to make voting easier and devote equal resources to voters regardless of their party. Some voters in her district, she said, complained about unequal distribution of resources based on party affiliations.

"I did hear a couple of complaints from people in the last election cycle ... about some longer lines, that there may be a lack of forethought in terms of the number of tables that were set up in a particular district for voting," she said. "People have complained that ... there were more resources directed to the Republican primary."

Neither Baker nor Stewart returned The Dispatch's several calls for comment by press time.

Besides election commissioner races, Lowndes County School District Board member Jacqueline Gray is running for reelection in November. She is unopposed.