Flag commission member: Magnolia is 'something people would recognize' for Mississippi 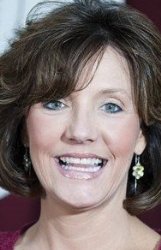 Sherri Bevis remembers the exact date Lt. Gov. Delbert Hosemann called and asked her to be a member of the state flag selection commission: June 30, which happens to be Hosemann's birthday.

"I was very emotional because I knew the magnitude of the position and what it meant, but I also knew what an honor to serve it would be, and I was truly humbled by that request," Bevis, who also is president of the Mississippi State University Alumni Association, told the Starkville Rotary Club at its Monday meeting.

The state Legislature voted in June to remove the former state flag due to its featuring the Confederate battle emblem. The nine-person commission -- appointed by Hosemann, Gov. Tate Reeves and House Speaker Philip Gunn -- started accepting public submissions of designs for a new flag in July, and the public will vote yes or no on the proposed new design in the Nov. 3 election.

The commission chose the magnolia surrounded by 20 stars, representing Mississippi as the 20th state in the union, on a navy background with red vertical banners on Sept. 2. Graphic designer Rocky Vaughan of Starkville co-designed "The New Magnolia Flag."

Narrowing down more than 3,000 submitted designs to 25, then five and finally two before choosing the one that will be on next month's ballot was a challenge, Bevis said, because she "would ask 10 people and get nine different answers" when she sought other opinions on the variety of options.

"We don't all hang the same piece of artwork behind our fireplaces (because) we all like different things, but the one thing I felt like the committee could come together on was the magnolia," Bevis said. "It was something that represented Mississippi, and I felt like it was something people would recognize across the country."

The commission only issued two requirements for the design: it could not be the previous flag or another version of it, and it had to include the phrase "In God We Trust."

When the commission had settled on the final five options, it added a gold star to each of them to symbolize Mississippi's Native American population "because we felt like it was an important representation," Bevis said.

The magnolia represents "the hospitality of our citizens" and "Mississippi's sense of hope and rebirth," since the flower blooms more than once per year and has a long blooming season, she said.

A vexillologist, or a person who studies flags, worked with the commission throughout the selection process and told them one important aspect of a state flag is that it should be "reproduced very easily" and a child should be able to draw it, Bevis said.

Another factor in the decision was what the flag looked like on a flagpole, she said.

"We flew (the final five), and that kind of made our decision in the end," Bevis said. "It was really interesting to watch it because there were several that we may have liked before, but once we flew them, they looked different."

The flag needs a majority of "yes" votes in order to be adopted, and if not, the commission will go "back to the drawing board" and it will be another year before Mississippi has a flag, Bevis said.

Businesses and universities across the state have embraced the new flag design, she said, and she believes "the numbers look pretty good" for the design to be approved next month.

"You're going to have 30 percent of people who will vote for no flag, no matter what it is, because it's not the old one," Bevis said. "That's just the reality, but we're hoping we can really focus on the positive side and get people who are excited about this flag and move forward and vote for this one."