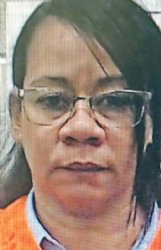 A clerk at Macon Municipal Court is in jail after investigators with the State Auditor's Office alleged she stole more than $2,000 in court fines between January 2018 and July 2019.

A Noxubee County grand jury indicted Yolanda Atkins, 49, for embezzlement, according to a press release from the auditor's office, which began investigating her after a private CPA firm discovered accounting discrepancies during a routine annual audit of the court's finances.

The release said Atkins' job collecting and depositing court fines gave her the opportunity to embezzle the money. At the time of her arrest, officials issued her a demand letter for $4,450.79, which a spokesperson for the auditor's office said was the amount allegedly embezzled -- just more than $2,000 -- as well as expenses incurred during the investigation.

"I want to thank the investigators and private sector CPAs who worked together to uncover this fraud," Auditor Shad White said in the press release. "We will pursue justice for the taxpayers in this case, and I expect the case to be prosecuted to the fullest extent of the law."

As of Wednesday afternoon, Atkins is still a city employee. Macon Mayor Bob Boykin said the board of aldermen met at 5 p.m. to discuss her employment status in an executive session but that he would not release any information after the meeting. He said if the board made any change to Atkins' employment status, it would be made public when the meeting minutes are published.

Boykin declined to comment further on the case, citing the ongoing investigation.

If convicted, Atkins faces up to five years in prison and a $5,000 fine, according to the press release.

As of press time, Atkins was in custody at Noxubee County Jail pending her arraignment, which is scheduled for today.