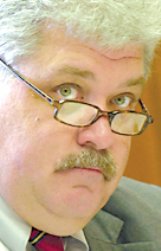 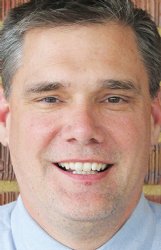 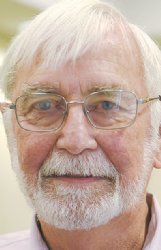 In a unanimous vote Tuesday morning, Lowndes County Board of Supervisors rejected the county school district's request for $27.4 million in local property tax funds for Fiscal Year 2021 and instead agreed to allocate roughly $3.5 million less than the requested figure.

Deeming LCSD's request "improper," supervisors will also file a lawsuit in Chancery Court against the school district and seek a judge ruling over the issue.

While the original request would have hiked up the school district tax rate by roughly 4.5 mills to 51.1 mills, the Tuesday decision dropped the tax rate for FY 2021 by almost 2 mills to 44.76. With the county millage rate remaining the same, the overall tax rate for FY 2021 (county and school district millage rate combined) will drop by roughly 2 mills to 88.02 in the upcoming fiscal year.

Property taxes are measured in mills, which represents a certain percentage of a person's real and personal property value. County taxpayers will see a smaller tax bill on their properties due to the reduced millage rate, as a 2-mill decrease would lower residential property taxes by $20 and commercial taxes by $30 per $100,000 of assessed value.

The Tuesday vote is the latest development of an ongoing dispute between the supervisors and LCSD over whether the school district can claim property tax revenue from expired fee-in-lieu agreements -- tax breaks that allow area developments, usually industrial, to pay a third of the regular property taxes for up to 10 years -- as collections from "new properties" and include them as part of its request.

By law, LCSD can request up to 4 percent more in operating funds than last year's figure for FY 2021 and collect any ad valorem tax revenue from "new properties" -- which include properties that are newly constructed, newly added to the tax roll or have never been assessed -- without voter approval. Any increase beyond that would require voter involvement.

LCSD's request included $21.1 million in operating funds, a near-$5 million increase from the $16.4 million it requested in FY 2020. The FY 2021 figure includes $3.5 million in collections from 13 fee-in-lieu agreements that expired in December, which, according to Superintendent Sam Allison, allows the school district to operate within legal boundaries.

However, by voting against the request, supervisors argued that fee-in-lieu agreements have been previously assessed and count as part of the county's assessed value, and therefore are not "new properties," said supervisors' attorney Tim Hudson. If the school district still hopes to collect $21.1 million without claiming the fee-in-lieu properties as new properties, that would represent a 30-percent increase from last year's figure, which would require a voter referendum, he said.

"It's our opinion that they are not following the applicable ... definition of 'new property,' and that, under their definition, it excludes a referendum that is mandated by Mississippi law," Hudson said.

Instead, following supervisors' Tuesday vote, LCSD will only receive $17.7 million in operating funds for FY 2021, which represents a 4-percent increase from the amount allocated during the current fiscal year, said Chief Financial Officer Lloyd Price. The district will receive roughly $24 million in total, which also includes its debt service mills.

District 1 Supervisor Harry Sanders said the school district is receiving more money than last year even with the millage rate drop, partly because the mill value, or the amount 1 mill can generate, has risen from $469,000 to $536,000 in the school district.

LCSD board members already passed the district's budget based on the original request, and supervisors' refusal to fulfill that request would result in a shortfall for an LCSD that's trying to up its fund balance, Allison told The Dispatch. If the district cannot claim those agreements as new property, it will fail to benefit from fee-in-lieu agreements once they expire, he said.

"I'm disappointed. I would have hoped they would have honored our request," he said of supervisors' decision. "It's public knowledge that we need the money."

Hudson said the district may have to borrow money before the court can resolve the dispute. If the district proves to be correct, supervisors will raise the millage rate accordingly during next year's budget session, he said.

"I want it on the fast track," Hudson said of the case. "We certainly want it done before next year. We don't want to face this again. We want a definite answer."

The county expects to receive $52.1 million in revenue, a $3.5 million increase from current year's budgeted amount, county documents show. The increase is partly due to the mill value increase from $683,000 last year to $750,000 this year, Price told The Dispatch. The county is also receiving additional funding of more than $1.1 million to aid a Steel Dynamics, Inc. project to build a stretch of railway near its campus, he said.

The county is expected to spend $52.6 million in FY 2021, which could result in a deficit of $469,506, Price said. The county may outspend what it takes in next year in road maintenance, Emergency Management Agency grants and 911 communications, the documents show.

However, the deficit may turn into a surplus if the county wins its dispute with Caledonia Energy Partners, which protested against the FY 2021 tax roll and argued it is being assessed at a higher value than its value. The company argued it should have been assessed based on the sale price to ArcLight Capital Partners in October 2018, but Tax Collector/Assessor Greg Andrews previously told The Dispatch his assessment is based on the equipment cost provided by the company.

If the county wins, Price said, it will get to keep roughly $800,000 in taxes from the company, which should turn the situation around.