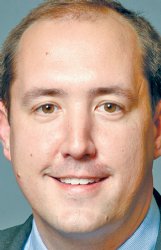 Columbus City Council voted Tuesday to approve a series of project developments, including a grant application for pedestrian access improvements, bid advertisement for the city's latest series of street paving and construction work on Lee Park.

The council unanimously approved the application of a Transportation Alternative Program grant from Mississippi Department of Transportation, which would cover most of a roughly $1.2 million project to install pedestrian islands and improve sidewalks along Fifth Street from the Magnolia Bowl to Ninth Avenue, City Engineer Kevin Stafford said. The project would require an up to $300,000 match from the city, he said, and the actual expense will be spread between the next two fiscal years.

The council also gave Stafford the greenlight to seek bids on the latest series of street paving, for which the city agreed to issue a $6.5 million bond. The city has yet to vote on the payback option of the bond, which could be repaid in 10, 12 or 15 years.

Stafford said he now has a list of more than 100 streets that are in poor condition and in need of paving, and he hopes to finalize the list with each council member by the end of September. The estimated construction cost, he said, is roughly $5.6 million. Neel-Schaffer, which is contracted as the city's engineering company, will also be paid 5 percent of the construction cost.

The council also unanimously voted Tuesday night to update the contract on the renovation at Lee Park to include additional work after the construction crew discovered rotten wooden boards across the playground. That would generate an additional cost of $7,300 to the city.

The original contract was to power wash and re-stain the wooden surfaces at the park, which cost $13,800, Park Director Greg Lewis told the council. The additional work would replace rotten boards within fences, swings and gates, he said, and the bathroom needed pressure washing as well.

Also on Tuesday, the council adopted a $23 million city budget for Fiscal Year 2021 with no millage rate increase. Ward 5 Stephen Jones was absent when the vote was cast.

Due to a projected 11-percent drop in sales tax revenue, the budget is roughly $1 million smaller than the $23.9 million adopted for the current fiscal year. The budget projects approximately $22.95 million in revenue and $22.94 million in spending, which would leave the city with a surplus of $8,286.79.

The council set the FY 21 millage rate during a special-call meeting Sept. 8 with no change to the current rate. The city's millage rate will hold at 51.24 mills, whereas the Columbus Municipal School District's rate will remain at 61.98 mills.