Mental health issues up since beginning of pandemic, but so are cries for help 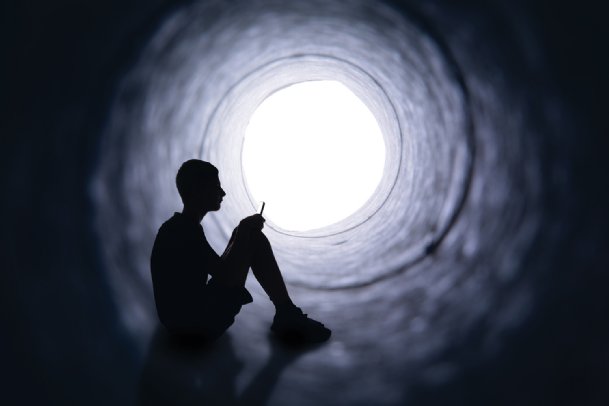 Valeria Jones, a volunteer with Contact Helpline in Columbus for two years, speaks to a caller in the crisis hotline's office Friday. Contact Helpline Director Katrina Sunivelle said calls to the suicide line have increased signifigantly since the COVID-19 pandemic.
Photo by: Courtesy photo 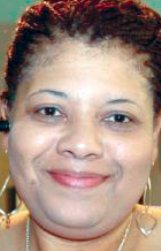 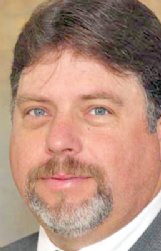 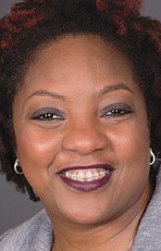 Back in April, Contact Helpline, the Columbus-based crisis line manned by volunteers who talk with people throughout the Golden Triangle struggling with suicidal urges and other mental health issues, began to receive a higher number of calls than usual.

It didn't escape executive director Katrina Sunivelle that the increase in calls came as the country grappled with nationwide lockdowns in an attempt to slow the spread of COVID-19. As the pandemic continued, she said, so did the calls. In June alone, Contact Helpline received 50 phone calls -- more than twice the number it received in June 2019.

"In one week, we had a total of 19 calls," Sunivelle said. "... We're a small center, but we do great work, and we handle our community well. ... We were able to handle those calls, but that was a lot of calls for one week from the suicide line."

The higher number of calls isn't necessarily a bad thing, Sunivelle said. It means more people are reaching out for help.

"If they're calling, they're wanting help," she said. "They don't have to call to complete the act."

That said, many of the calls were from people feeling the weight of issues drummed up by the pandemic -- isolation from loved ones, financial stress as workplaces closed and employees were laid off, family members falling ill in other states and no one but doctors and nurses at the hospitals with them.

"A particular caller called because her family was in another state," Sunivelle said. "... They can't have closure because they can't attend the funeral. They can't stay there when (family members are) really ill. That's been very difficult for individuals to deal with."

The Centers for Disease Control and Prevention reports that between April and June there was a significant increase in symptoms of anxiety and depression, with 26 percent of adults reporting symptoms related to trauma/stressor disorder symptoms and 13 percent reporting an increase in substance use. In a survey conducted by CDC, 11 percent of adults in the United States reported seriously considering suicide, according to the CDC's website.

Moreover, suicides and suicide attempts in the Golden Triangle are up as well. Lowndes County Coroner's Office has responded to four in roughly the last month, Coroner Greg Merchant said.

"We have had a little run of suicides here in the last few weeks, so I would say there has been an increase," he said.

In Starkville, OCH Director of Emergency Services Michael Hunt previously told The Dispatch there has been an increase in the number of patients admitted for drug overdoses, most of them intentional.

To raise awareness of the issues, Contact Helpline is putting together an online marketing campaign, as well as several events throughout the area. On Saturday, the organization will hold a 5K Race and Memory Walk starting at 8 a.m. at the Columbus Soccer Complex to raise money for the organization, which has lost some funding since the pandemic started.

Another event, which kicked off National Suicide Awareness Month (September), Contact Helpline teamed with Columbus Air Force Base, which donated 800 gun safety locks with the national crisis hotline number on them. The locks were distributed between Columbus Police Department and the American Legion, said Daisy Jones-Brown, violence prevention integrater and suicide prevention program manager at CAFB.

The donation was part of the Department of Defense initiative SLO (Safe, Lock, Outside), which aims to decrease suicides by promoting gun safety. Many suicide victims die by gun violence, so the idea is for the weapons to have the safety on, have a lock or be kept outside the home altogether, Jones-Brown said.

Research shows that suicide is often an impulsive action, Jones-Brown said, an urge that may pass after as little as a few minutes.

"Usually if you can intervene during that time, five to 10 minutes for someone (to) decide on this action, then they probably will not go on and actually use another means," she said. "So time-based prevention essentially puts time and space between someone to maybe help stop a suicide.

"We specifically say if you know someone that may be struggling, then you as a friend, family member, etc. may help them put time and space between (them and) the lethal means," she added.

While suicides among veterans and active service members has long been a concern -- both she and Sunivelle said an average of 22 veterans die by suicide each day in the United States -- Jones-Brown stressed that service members are currently going through the same things civilians are.

"It could be relationship issues, sometimes it's workplace stress, high stress or it could be administrative," Jones-Brown said. "... It could be that they're struggling with alcohol or something like that. And then you have what we've seen, these COVID-19 factors that are sort of rearing themselves, financial stressors, social isolation and loss of routine.

"And what I mean by this sort of loss of routine, it's sort of just doing what you normally do," she added. "I get up at 7 o'clock and I go to the coffee shop every day. I talk to my buddy there. And then I proceed on to my job, I go work there. I go around, I talk to everybody in the office, etc. Maybe that doesn't look quite like that now."

Social distancing measures implemented to keep individuals safe from COVID-19 often keep those with mental illness from relying on the support systems they would normally have, Sunivelle said.

"They had outside activities, they may have had a job, a part-time job, church," she said. "They had other things. ... Those things were taken away, so they're isolated."

When callers reach one of Sunivelle's volunteers at the crisis line, the first thing the volunteer does is make sure the caller is not about to attempt suicide at that moment. He or she asks the caller if they're safe, and if there are pills or weapons nearby, has the caller go somewhere else to continue talking on the phone.

Once the immediate threat is out of the way, Sunivelle said, the volunteer just talks to the caller, pointing them toward mental health resources or asking them about what makes them happy.

"Each person, you develop a plan with them," she said. "You go back to, 'What have you done in the past? What things make you happy?' We try to encourage them."

That plan typically involves urging the caller to find a counselor, many of whom are holding sessions online since the pandemic began. They also encourage the caller to rely on family or their faith-based community if the caller is religious. They remind the caller to call them back if they want to talk to someone, leading to many repeat callers.

"We assure, 'This too shall pass,'" Sunivelle said. "It's going to take some time to kind of reassure them that if they put some things in place that they can move past this. I know death is hard, illness is hard and they've lost a lot of things. It is difficult, but if people are calling, they want help, so we try to reassure them."

■ WHAT: 5K Race and Memory Walk, featuring booths with information on mental health, a memory wall and lantern release for victims of mental health issues

■ HOW: Register online at contacthelplinegtrms.org

■ MORE INFO: For more information on how to donate or volunteer with Contact Helpline, go to contacthelplinegtrms.org