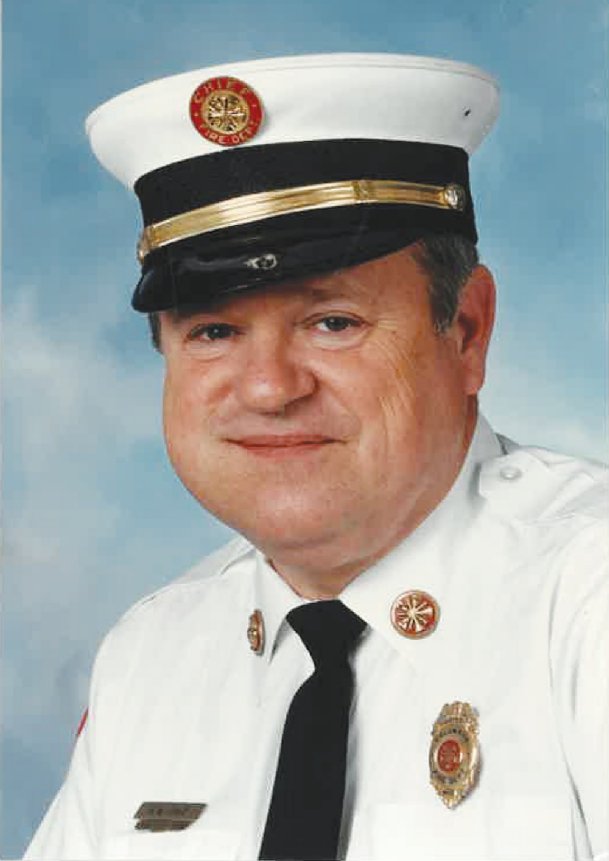 Bobby Gale, who passed away Saturday at age 81, worked for Columbus Fire and Rescue for 30 years, including six years as chief, retiring in 1990. Photo by: Courtesy photo

Bobby Gale's tenure as Columbus fire chief reflected his personality -- quiet, unassuming, steady, devoted to his firefighters and their mission.

Gale, who died Saturday at age 81, provided steady leadership built on his through-the-rank ascension to the chief position.

But he also led the department to new heights, quite literally.

"What I remember is that he was a good organizer and was really committed to the projects he felt his department needed," said Fred Haslett, who served as mayor of Columbus as Gale's six-year run as chief was nearing its end. "When I was mayor (1989-93), his big project was getting a new ladder truck for the city. They were building taller dormitories at (Mississippi University for Women), and he was concerned that they didn't have a truck that could reach as high as they needed. So he really fought for that and was really good at finding the funding. It was an example of how he was always looking out of his guys."

And, women, too. In 1986, Gale hired the city's first female firefighter. He also continued helping the city diversify its fire department through hiring Black firefighters, among them current chief Martin Andrews.

"I remember him as being nice and supportive, but he wasn't the kind of chief to take no for an answer," Andrews said. "When he told you to do something, he expected you to do it. He believed in the chain of command, so there was accountability at every level. I think that created a lot of respect in the department."

Gale's respect for his firefighters was born out of his own ascension through the ranks. Hired in 1959, he was promoted to driver in 1963, to captain in 1969, assistant chief in 1976 and, finally, to the chief position in 1984, taking over when Hugh Mann retired.

"Chief Gale spent 30 years in active fire service in Columbus and, during that time, answered thousands of calls for help," Mayor Robert Smith said a statement. "Those who worked with him describe him as a loving, caring and skilled man. He was always ready to mentor those in his care. Chief Gale's work laid the foundation for the department that exists today. He built a strong department with an emphasis on always learning and always improving."

For Todd Gale, Bobby's only son, having a firefighter for a dad was every little kid's dream.

"The thing I remember as a kid is how much he loved the fire department," said Gale, general manager for Columbus Light and Water. "Sometimes he would let me spend the night in the bunkhouse. There were a lot of times when they would go out on a call and be back before I knew they had left. He loved the department and he wanted to share it with me. He'd even let me go out on calls sometimes, but I had to stay in the car."

"He didn't say much and didn't interfere on a lot of issues," Haslett said. "He didn't get real argumentative about stuff, but if he had a project for his department, he was passionate about it and saw it through."

No matter his position or rank, Gale identified first and foremost as a firefighter.

"Dad had a lot of pride in his work," Todd Gale said. "He worked his way up in the department and because of that, he was very close to everyone. He felt like, 'We're all each other's friend and we'll help each other out.' I think the firefighters appreciated that. It really built a closeness in the department. There was nobody like him."