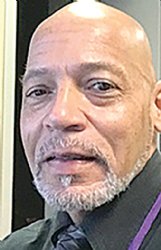 Columbus Municipal School District fired 21 bus drivers who walked off the job Monday over what the drivers said was an abrupt reduction of their hours.

Fifteen of those drivers met with The Dispatch on Friday, and each said they received a call from the district between 10 and 11 p.m. Thursday indicating they were being terminated. Some have received written notice by mail, as well.

They expressed frustration to The Dispatch with the district's handling of the situation, which they say represents a safety threat to children who rely on the district's transportation.

On Monday, nearly half of CMSD's drivers refused to run their routes after they were notified in a meeting earlier that morning that their pay and hours had been adjusted without their prior knowledge -- 19 days after classes began and they had begun running their routes.

"We're still upset about our pay and how we were treated," said Renarda Dent, one of the drivers who met with The Dispatch. "Right now, our main concern is safety. They don't have enough drivers to do the routes safely. There's no way to social distance when they're doubling and tripling routes. There's mold on the buses. (The buses) aren't being sanitized correctly.

"There are a lot of other concerns other than just pay," she added.

Among the other issues raised by the drivers is that Transportation Supervisor Willie Stewart, who informed the drivers of the changes, did not answer drivers' questions, and their request to speak to other district officials was never granted. They also claim at least one, and perhaps as many as four of the drivers who drove a Monday morning route but refused to run their routes in the afternoon have been allowed to return to work.

Monday afternoon, 21 of the district's 46 drivers refused to drive their routes, leaving parents and the school district scrambling to arrange for some students to return home.

Assistant Superintendent Glenn Dedeaux, Stewart's supervisor, said later Monday some of the remaining 25 drivers ran double routes. He said the last of the children were dropped off at their homes by 4:30.

Dedeaux said he believes the district can adequately operate its bus routes with the remaining 25 drivers.

Friday morning, the 15 drivers who met with The Dispatch challenged that assertion.

"There's no way you're going to social distance when you're putting two or three routes together," Dent said.

The drivers said that the average number of children they had been transporting ranged from four to 25, with an average of 15 children per route.

"That allowed me to have one child on a seat and skip rows," she said.

With 24 seats on a standard bus, doubling routes means students are likely two to a seat with every row taken, the drivers said.

"I'll have to defer comment on that until I talk to the principals and Mr. Stewart and get an accurate count," Dedeaux told The Dispatch on Saturday.

Sanitation also is a concern, one the drivers said existed before Monday's incident.

"When we first started, they gave us a little bottle of spray," Dent said. "I have no clue what it is. They said it was disinfectant. We started using the spray, but then mold started showing up from whatever it is we were spraying. Most of us can't afford to buy our own cleaning supplies just for the buses. It's a problem."

Dedeaux said he is unaware of any mold issues.

"I've heard no reports of that, but it's something we will definitely be looking into," Dedeaux said.

The drivers said their decision to refuse to work Monday afternoon was not planned, saying they arrived early at the bus staging area at Columbus High School in hopes of talking to district administrators who could answer questions Stewart said he couldn't answer.

"We didn't (go there) to tell them we weren't driving," Delante Coleman said. "We tried to get something fixed so we could drive."

Driver Matthew Shelton said the drivers' decision not to drive the Monday afternoon routes was an expression of frustration.

"You have 20 to 25 drivers asking you to come talk to them, and you don't think it's important? I don't understand that. That's all we wanted to do: Bring us together, sit down and talk to us. We'll reason it out."

Dedeaux said he arrived at the staging area after Stewart called him saying some drivers weren't going to drive their routes.

"No one ever asked me for a meeting," Dedeaux said.

Until May, CMSD contracted with transportation company EccoRide to manage its transportation system. The district opted out of its contract in May after COVID-19 had brought a premature end to the school year. CMSD decided to start its own transportation department, hiring former EccoRide drivers.

On Aug. 20, during a special-call meeting, the CMSD Board of Trustees approved a revised salary schedule for transportation employees. Due to the school's hybrid schedule, transportation is provided four days a week with no in-person classes on Wednesday.

At that meeting, the board adopted a flat hourly rate of $12 per hour based on a schedule that reduced driver hours from 6 to 4 1/2 hours per day.

"When they called us in, they promised us six hours a day, five days a week," Dent said. "Then they turned around and cut our hours to 4 1/2 and no pay on Wednesdays."

Drivers were not informed of the change until the day of the walk-out.

CMSD Board of Trustees president Jason Spears said, by law, the district cannot pay workers for hours they don't work.

But drivers question how the district arrived at the 4 1/2-hour schedule.

None of the drivers said they could complete their routes in that amount of time.

"I know with my route it takes 5 hours, 15 minutes, and that's if there's no trains to stop for or hard traffic situations," Coleman said. "There's no way we can drive these routes in 4 1/2 hours."

Shelton said he and his fellow drivers are being shortchanged.

Dedeaux pushed back on the idea that drivers wouldn't be paid for the work they do.

"That's the biggest misunderstanding," according to Dedeaux, who said the 4 1/2 hours was used as an average to calculate the pay rate.

"Whatever time they are working, they are getting paid for," Dedeaux said.

The drivers have maintained the new pay schedule actually pays $9 per hour when calculated based on the 30-hour work week they believed was promised to them when they were initially hired.

"All I know is that it comes out to about $600 per month for me," Diana Prince said. "All these drivers aren't in Section 8 or HUD or on assistance. Lots of us have big boy and big girl bills. So $600 a month is not going to cut it."

The drivers said they also question why anywhere from one to four drivers were permitted to return to work Tuesday after refusing to drive Monday afternoon.

"I'm doubtful of that," Dedeaux said. "If it did happen, it should not have happened. I'll have to talk to Mr. Stewart about that, but there's no reason for me to believe that happened."

Although they have been notified by phone that they will be terminated, the drivers said they still believe they can retain their jobs. They plan to take their grievances to the next school board meeting.

"I still think we can get this sorted and we can get back to work without even going to the board," Shelton said.

Asked if there was some possible resolution that could be reached that would return the drivers to work, Dedeaux declined comment.

"That's a personnel issue," he said.