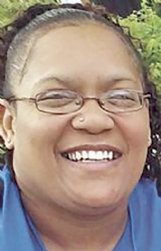 A Columbus native convicted and later exonerated in the death of her infant son has filed a petition in Hinds County Chancery Court requesting a judge change the cause of death from "homicide" to "undetermined" on her son's death certificate.

Sabrina Butler Smith, who now lives in Memphis, Tennessee, named Lowndes County Coroner Greg Merchant and his office, as well as Mississippi State Medical Examiner's Office and Mississippi State Department of Health in the suit, which she filed earlier this summer.

Smith's son, Walter Dean Butler, died in 1989 when Smith was 17. At the time, the Lowndes County Coroner listed the child's death as homicide as a result of child abuse. Smith -- who at the time went by Sabrina Butler -- was convicted in 1990 of the crime and sentenced to death row.

The Mississippi State Supreme Court later overturned the sentence, and Smith was retried and exonerated after attorneys proved bruising on the child's body was left by Smith and a neighbor's attempt to save the child after he stopped breathing.

"This is something that's been weighing on her," said Smith's attorney, Mitch McGuffey of Jackson. "She got a chance to move on, she's gotten a chance to build a good life by doing advocacy work ... for exonerees and others through prison reform, and there is one record remaining that says that her child died from child abuse. This is the last one. So she and ... Walter Jr.'s father, both talked to me about wanting to get this revised. Sabrina is the one who was willing to work with us to help make that happen."

Merchant, who was first elected in 2004, told The Dispatch he legally cannot change the cause of death on the death certificate. Merchant's attorney, Robert Dambrino of Grenada, declined to speak about the case on the record.

Though the petition is technically a lawsuit, Smith is not asking for damages from either Merchant or anyone from the medical examiner's office or MSDH.

"This is a petition that she is putting in solely to have the death certificate of her son revised," McGuffey said. "There is no request for monetary damages. There is no attempt to harass or collect anything from either the state of Mississippi, the state medical examiner's office or the Lowndes County Medical Examiner's Office. Most of those entities -- Mr. Merchant, the state examiner's office and (Mississippi Chief Medical Officer) Dr. LeVaughn -- are named in the petition solely because they're required to be named by statute. We are hopeful this will be a smooth and easy request to make the records match the criminal trial results and give Miss Butler, Mrs. Smith now, give Sabrina a chance to put all of these official records to bed."