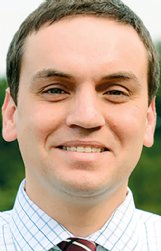 Columbus Municipal School District's Board of Trustees approved a budget for Fiscal Year 2020-21 of just more than $48 million at a special-call meeting last week.

CMSD Business Administrator Holly Rogers said the bulk of that excess -- $2,364,301.50 -- comes from capital improvement projects, primarily renovations to the former Hunt High School campus, which was damaged during a tornado in February 2019. That money comes from funds the district already had in place prior to this year, she said, and much of it will be reimbursed by the federal and Mississippi emergency management agencies at a later date.

The remainder of the overage will be covered by reserves, Rogers said.

The district will request $13,066,079 in ad valorem taxes, which Rogers said will not require a tax increase.

Board president Jason Spears said the district is in good financial shape going forward, even given the COVID-19 pandemic which has thrown a wrench in school districts' financial outlooks. Legislators warned districts earlier this year that they may need to tap into reserves.

Rogers said the district expects to receive $16,207,038 in Mississippi Adequate Education Program money from the Legislature and Mississippi Department of Education, $455,468 less than last year.

Partly due to the pandemic and the economic crisis it has caused, the board voted 3-2 to change its own policy from holding 15 percent of funding in reserve to 12 percent, which will free up about $866,000, Spears said.

"Assessing our financial situation, we're in (a) very strong financial position right now to have those options," Spears said. "While I think it's probably going to be short-term ... probably when we get to October and the books are closed out, we'll be able to replenish the money that we took out to start the year and then increase our policy back to 15 percent. We'll have to see what it looks like in October."

The two dissenting votes were board members Telisa Clay Young and Yvonne Cox. Neither could be reached by The Dispatch by press time.