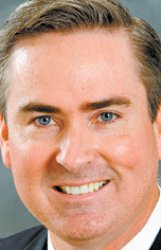 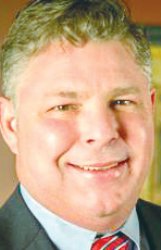 Starkville attorney Charles Winfield filed the suit on behalf of Wet N Wild in the county circuit court Tuesday. The company is asking for a jury trial to award what they claim is more than $1 million in damages and for a court order to direct county employees to repair damage to the levee and share control of the levee and spillways with Wet N Wild.

Wet N Wild and its members Richard and Mary Stansbury have leased about 550 acres of 16th Section Land, including property around the lake, from Oktibbeha County and Starkville-Oktibbeha Consolidated School District in order to the build the park and recreational facility, according to the complaint. As part of the agreements, the county was responsible for the upkeep of the levee and the spillway but would share control of the spillway operation.

During a period of heavy rains in January, the levee showed early signs of breaching and Oktibbeha Lake flooded a portion of Wet N Wild's property.

The county spent more than $200,000 to pump water over the levee and relieve the pressure on it, and the supervisors voted in March to allow county engineer Clyde Pritchard to draw up potential plans to replace the dam, a project estimated to cost about $8 million, according to previous reporting by The Dispatch.

However, the complaint argues the county's failure to properly maintain the levee led to the problem and that county administrators failed to consult with Wet N Wild before opening the spillways and draining the lake, thereby breaching the agreement.

Because of the county's actions, the complaint argues, the lake is "barely a lake at all." Between that and the flooding in January, Wet N Wild has lost more than $1 million.

Board of supervisors attorney Rob Roberson told The Dispatch he had not had a chance to look at the complaint yet, but that he has instructed County Administrator Emily Garrard to send it on to the county's insurance company and has plans to meet with Winfield later this week.

"We set up a time to meet sometime this week for breakfast," Roberson said. "We're just going to talk. But past that, I haven't gotten past the first paragraph (of the complaint)."

Winfield did not respond to a quote from The Dispatch by press time.