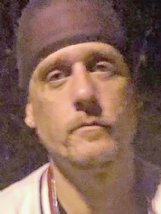 More than two weeks since he was last confirmed seen, the search is still on for a missing Columbus man.

James Ryan Taylor, 39, was declared missing earlier this month after friends and family said they saw him July 14 at the Plaza Motel on The Island.

Though investigators with Columbus Police Department say there is no evidence of foul play, family, friends and volunteers plan to have a search party Saturday morning at the Columbus Riverwalk looking for Taylor or his vehicle.

Taylor's family reached out to the Crisis Response Team, a local organization of volunteer first responders and former military, to help organize the search, said Randy Robles, who is organizing the search. Robles' ex-girlfriend had been organizing a search party for Saturday morning at the Riverwalk, and Robles decided to help her.

Robles said the CRT usually works security at parties and events and helps local law enforcement in instances like this, since many of its members have training in search and rescue.

"We call it a crisis response team, but it's more or less a community response team because we respond to the community's needs," he said. "There's a lot of things the police department can do and then there's a lot of things the police department can't do because they don't have the manpower. I have contacted the mayor and also the (police) chief and let them know that we are going to get involved (looking for Taylor), and they are fine with it. They can use the help."

"We went to Clay County today to follow up on some leads," he said Thursday. "... We're still actively trying to find out what happened to him or what's going on with him. We've got reports, we've got sightings that he's been around. In fact as recently as last week, he (might have been) seen at the Plaza Motel in another room."

Robles said some of those reports may have been Taylor, or may have been a relative of Taylor's who looks just like him. He added the search -- which he said will be made up of about 20 people from CRT and possibly a few more volunteers -- will meet in the gravel parking lot off First Street by the Riverwalk at 9 a.m. with plans to search the area until at least 1 p.m. He recommended anyone who wants to help bring water.

He said volunteers hope to find sign of either Taylor of the silver Ford Fiesta he was last seen driving, which has not been found.

Shelton said police sometimes run into difficulty with missing persons cases because adults legally can go anywhere they want and don't have to tell friends or family where they are. The cases often involve law enforcement from other areas -- he pointed out Clay County Sheriff's Office has been helping CPD with the Taylor case -- and that there usually isn't criminal activity involved.

"Generally there's not going to be any criminal activity that has taken place, (for example) that they've been kidnapped or something has happened to them," Shelton said. "It's an extreme concern when we find out they're missing and there might be a medical condition."

Other times, that's not the case, he said, raising an example of a recent missing persons case where the individual was discovered at a drug rehabilitation center in Tupelo, where he wasn't allowed to make phone calls.

"He's not in trouble," he said."... We're just trying to unite a son with his mother or a mother with her child."