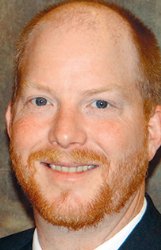 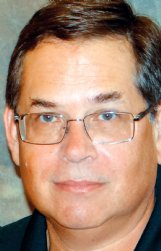 4-County executives say the program could bring them closer to meeting the demand for broadband in rural Lowndes and Oktibbeha counties as well.

The COVID-19 Connectivity Act, approved by the state Legislature and signed by Gov. Tate Reeves earlier this month, allocated $65 million for Mississippi's 26 member-owned electric cooperatives to provide broadband service to rural areas with little or no internet access. The $65 million came from the $1.25 billion Mississippi received from the federal Coronavirus Aid, Relief, and Economic Security (CARES) Act, the relief package Congress passed in March in light of the COVID-19 coronavirus pandemic.

4-County spokesman Jon Turner said the cooperative chose the portions of its nine-county service territory -- northeast Choctaw County, west Clay County and north Noxubee County -- that are currently in the most need of service.

"We hope this is going to get us moving to be able to provide (broadband) for everybody," Turner said. "It's a limited amount of money, so we had to allocate it in a way we felt we were going to get the best bang for our buck."

The cost to broadband customers and the timeline of construction and availability are still to be determined.

4-County's Certificate of Incorporation needs to be updated in order to create a subsidiary company to provide broadband to the three targeted areas, so the co-op will mail ballots to its members in the first week of August, according to a Tuesday press release. At least 60 percent of members must vote in favor by Aug. 21, and the results will be announced at a special-call meeting Sept. 9.

Demand for broadband in rural areas of the Golden Triangle has been a topic of discussion for the past few years, with both citizens and elected officials calling for expansion. Broadband access and the disparities within the region became even more apparent in March when the pandemic forced schools to close and students to learn from home.

One broadband project could cost $110 million, which is why $13 million only covers a small portion of the service territory, Turner said.

Current education and health care needs have convinced people that broadband access is a necessity and not a luxury, 4-County CEO Brian Clark said.

"Whether you're a young kid trying to be educated or an elderly person trying to socially distance and not catch COVID, this was the perfect year to prove that everybody needs access to good broadband," Clark said. "Before this year, some people saw it as just entertainment, but now we see there's really a need for it."