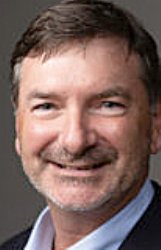 STARKVILLE -- OCH Regional Medical Center employees have been hoping to receive pay raises from the hospital's supply of federal financial relief, but administration and the board of trustees said Tuesday that is unlikely to happen.

The hospital received about $13 million from the federal Coronavirus Aid, Relief, and Economic Security Act (CARES Act) and has used about $5.1 million so far, CEO Jim Jackson said at Tuesday's board meeting. The purpose for the money is to "offset the incremental cost of treating COVID patients" and not to cover extra compensation for employees, who have been asking if that is a possibility, he said.

Chief Financial Officer Susan Russell said guidelines for the use of the CARES money will be provided to the administration on Aug. 17. The hospital has to justify its use of the money, and it might be able to claim payments for contract nurses if they were necessary to meet staffing needs, Russell said.

Much of the money is in an escrow account, meaning it can't be applied to the hospital's income statements "until we can match those funds up with valid COVID expenses," Jackson said.

"We just don't see a clear explanation of how we're going to be allowed to utilize these funds," he said. "We're trying to be very careful that we don't spend these funds only to find out later they have to be repaid."

Trustees Michael Haddix of District 2 and Kimberley Brooks of District 5 said salary increases and hazard pay for frontline health care workers would be the most reasonable use of the money.

"What we're doing is we're taking the sentiments out of the kind of work these people do and we're only looking at the dollars," Haddix said. "I'm trying to understand where we are in reference to human relationships and caring for people."

Brooks said nurses and other essential workers that "go above and beyond for these patients" deserve extra compensation since costs of living have increased due to the pandemic.

However, District 3 Trustee Linda Breazeale said the board should not "get carried away with emotions" because spending money carefully will preserve health care workers' jobs in the future. Jackson agreed that the money might have to last the hospital for several months, and he said a "major challenge" for him as CEO is to make sure the hospital does not operate at the multimillion-dollar yearly losses it did in 2018 and 2019.

"Many hospitals just like us always seek to serve the community first with the best-quality care even if it means breaking even, but you still have to have the financial wherewithal to continue," Jackson said.

District 1 Trustee Neil Amos said he understands Brooks and Haddix's concerns but believes preventing a financial deficit should be a high priority.

"I wish we were in a position (to) give everybody a bonus and thank them and go on," Amos said. "I do think we need to be transparent with them because they are hearing we're getting extra money, and it's probably hard for them to understand that we can't use that money in the way of a bonus."

In other business, the recent increase in positive COVID-19 cases has increased turnaround times for test results to between five and seven days, when it had previously been 24 to 48 hours, Jackson said.

OCH is operating "right at maximum capacity" of COVID-19 patients, with 14 in the hospital Tuesday, Jackson said. Five patients were in the intensive care unit, and one was breathing through a ventilator.

COVID-19 care and "normal hospital operations" is a "delicate balance," Chief Medical Officer Todd Smith said, especially since other hospitals have asked OCH to care for their COVID-19 patients when they run out of beds. The hospital had a request from Sharkey-Issaquena Community Hospital, two and a half hours away in the Delta, this past weekend.

"That presents a very difficult challenge to be able to treat those patients being transferred in, in addition to treating our local community, but as of now we're able to meet that need," Smith said.