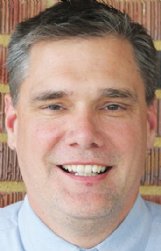 Classes will start Sept. 1 in Lowndes County School District after the board voted unanimously at a budget work session Monday to move the start date from Aug. 6.

Superintendent Sam Allison said the change came at the recommendation of several entities, including Lowndes County Emergency Management Agency and the Mississippi Chapter of the American Academy of Pediatrics, due to the rise in confirmed COVID-19 coronavirus cases in Mississippi over the past several weeks.

"I don't know what it will be like in a month, but we can wait a month and adjust our schedule and hopefully be in a better place," Allison told The Dispatch. "We know the start of school will bring more cases and we might be looking at a spike at that time. (A later start) will help us continue to plan for the safest environment we can."

LCSD's original plan for the fall semester was a hybrid schedule -- with students splitting time between in-person and virtual learning -- for the first two weeks of classes before returning to a traditional schedule Aug. 20. The district initially did not include long-term online learning except for students with a doctor's note confirming a medical reason to stay home, but concerned parents convinced the district to offer a virtual option for everyone.

Allison said Monday that the later start date could again change the learning environment plan depending on how many students register for both in-person and online classes, and the district will announce any changes closer to Sept. 1.

He also said the district will have to consider borrowing money for at least three more years -- a "best-case scenario" to make December payroll.

LCSD had to borrow money to make its December payroll the past two years, borrowing roughly $4 million in 2018 and authorizing the borrowing of up to $2.6 million in 2019. According to previous Dispatch reporting, former district business manager Kenneth Hughes said the district's operating fund was negative-$305,000 in mid-December.

The majority of ad valorem (real and personal property) taxes -- the primary local funding source for the district -- is collected between January and March, Allison said. The district's current fund balance is "in the neighborhood of $8 million" and will not last until January 2021, he said.

"The fund balance was pretty much zero in January (of this year), and it just takes a while to build it back up," Allison told the board.

The district did not renew Hughes' contract in April, and his successor, Sayonia Garvin, started the job July 1 and set to work on the budget immediately. Bonnie Granger, an Ocean Springs-based attorney and accountant, worked with the district on the budget between Hughes' departure and Garvin's arrival.

The budget Garvin and Granger presented to the board Monday was a "first draft" with much of it still to be determined, they said. The COVID-19 pandemic has delayed the state Legislature's passage of Mississippi Adequate Education Program funding, and LCSD is also waiting for Lowndes County Tax Assessor Greg Andrews to provide them with the latest assessed value for some of the district's property.

"Part of the reason we're so late doing this is because we've been begging for information," Granger said. "This is the latest in my whole career that we've ever been sitting here on July 27 and not had a state MAEP allocation."

The Legislature previously passed an appropriations bill, but Gov. Tate Reeves vetoed it due to wording that would have changed some teacher pay scales. Local legislators have previously told The Dispatch they did not know when the Legislature would be back in session to vote on MAEP funding again.

School districts are required by law to hold a public hearing for the budget at least a week before approving it no later than Aug. 15. The board voted unanimously to schedule the hearing for Aug. 7, by which point Garvin said she hopes to have more definite numbers to work with from the county and the state.