'I think he should get another chance': District 1 voters in Caledonia show little appetite for wanting Harry Sanders off board of supervisors 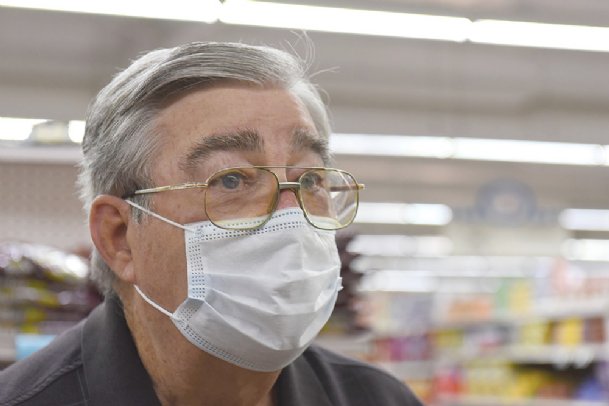 Kenneth Rutledge shops for groceries on Wednesday at Shop & Save in Caledonia. Rutledge moved to Caledonia two years ago. He said he thinks what District 1 Lowndes County Supervisor Harry Sanders said is wrong, but doesn't necessarily think he needs to resign. Photo by: Claire Hassler/Dispatch Staff 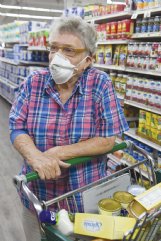 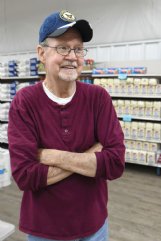 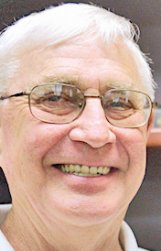 In the two-plus weeks since Lowndes County District 1 Supervisor Harry Sanders made his now-infamous comments following a board meeting about Black people remaining "dependent" since slavery ended, the voices calling for Sanders to resign from the board have been thunderous.

Sanders stepped down as board president on Tuesday, but has steadfastly refused to resign, leaving those united in the effort to see Sanders leave the board pondering their next move.

One of those options includes a recall, or "removal," election, which requires District 1 voters to petition the governor to allow them to decide Sanders' fate at the polls.

But in Caledonia, the heart of District 1, there appears to be little appetite for removing Sanders from the position he's held for 20-plus years.

On Wednesday afternoon, shoppers at the town's lone grocery story, Caledonia Shop & Save agreed that Sanders' comments were inappropriate, but generally stopped short of saying he should step down. Most were non-committal about how they would vote in a recall election.

"I really don't know how I would vote if it came down to that," said G.H. Baucom, 82, who's lived her entire life in Caledonia. "This is a time in our country where everything is upset and I feel like, under the circumstances, he didn't use good judgment. As far as him stepping down, that decision is up to him. If there's an election, I don't know how I would vote. I'd have to think about it."

Kevin Rutledge, 75, moved to Caledonia two years ago so he and his wife could be closer to their children.

"Being new to the area, I really don't follow local news that much," Rutledge said. "I've been told (Sanders) said some things that were inappropriate. I haven't followed it enough to really say too much. It's a little different living out here than it is in Columbus. I don't really have an opinion on what he should do and I don't know enough about it to say whether he should be recalled or not."

Like Rutledge, Hope Ballard said she has not followed the Sanders story very closely.

"I try to stay away from all the drama," she said, while shopping with her daughters, ages 6 and 10, and son, who is 10 months old.

Even so, Ballard was the only shopper who seemed to believe that Sanders should resign.

"I don't know all the details, but from what I have heard, I do think he did the right thing by resigning as board president," she said. "Really, I think he should step down. I think that would be the best thing for everybody."

Doug George, another native Caledonian, said he agreed that Sanders was right to step down as board president.

"I think maybe that put him on sort of a warning status," George said. "He made a mistake, but should he have to give up everything for that? I don't know. I think he should get another chance."

Another shopper, who declined to give her name, said she believed Sanders' record of service should work in his favor.

"He's worked hard for many, many years and has been a good supervisor," she said. "He probably said something that he didn't think about what he was saying.

"I think his apology was enough," the shopper added, referring to a letter Sanders penned that was published in The Dispatch last week.

She did agree that Sanders' comments were harmful.

"No doubt, it puts Caledonia in a bad light," she said. "But most of all, it puts Harry in a bad light. He's the one that will have to live with that."