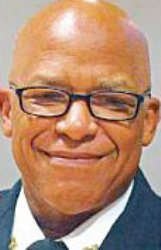 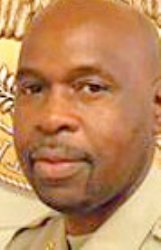 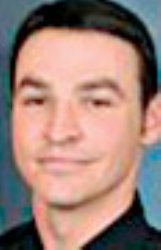 Two Columbus police officers had to be tested for COVID-19 after a woman who had tested positive for the virus entered the police station without wearing a mask to talk to them.

Luckily the officers tested negative, Columbus Police Chief Fred Shelton said. But the incident was an example of the type of thing officers are now having to think about as they interact with members of the public each day.

"The new normal is we're going to be around people that's going to test positive or would test positive (if they had a test), and we're not going to be able to know that," Shelton said. "That's why we ask all our officers when they're dealing with the public to practice universal precautions. Have on your mask -- the proper mask -- and have on gloves."

Multiple officers in Columbus, Starkville and West Point police departments have all been tested for the virus since the pandemic began in March. Currently there are two CPD patrol officers in quarantine after testing positive, though Shelton said it appears they contracted the virus while out of town and not while on duty. They also seem to be mild cases so far, he said, and the officers will be back after two weeks if they are no longer sick.

The same thing happened to a West Point patrol officer about two months ago, said West Point Police Chief Avery Cook, who said the officer is now back at work.

And while no officer at SPD has tested positive for the virus so far, there is one currently in self-imposed quarantine out of precaution, said Sgt. Brandon Lovelady, the department's public information officer.

Each department has implemented extra safety and sanitary measures in light of the pandemic, and CPD has been approved for a $37,133 grant from the Bureau of Justice Assistance, which is awarding such grants to law enforcement agencies to use specifically for coronavirus aid.

In CPD's case, Shelton plans to use $22,000 of the grant to purchase 55 mobile disinfecting units for the officers' vehicles and another six, larger units for the police department itself to help with sanitation in those areas.

"It will clean the air of pollutants, mold, mildew and all that kind of stuff," he said. "... Our officers have to be in that environment, so we want them to breathe in a clean environment."

While the city has to purchase the units, the grant will reimburse them for the entire cost, Shelton said.

In the meantime, officers are constantly using hand sanitizer, disinfecting their vehicles and always wearing N95 masks and gloves any time they interact with a member of the public.

The same goes for officers in West Point, Cook said.

"We issued all of them a box of gloves," he said. "All of them are required when they're in the public and interacting with the public to wear a mask and then we've equipped each car with hand sanitizer and disinfectant. So if you have to transport somebody or something, you can sanitize the area that person came into contact with. ... If we have to transport somebody, we put a mask on them."

During April and May, officers were required to wear masks and gloves anywhere they went. They are now only required to wear them in "hot spots" like grocery stores, gyms and other public indoor areas with a lot of traffic throughout the day.

Still, Lovelady said, that could change if local cases of COVID-19 begin increasing or Starkville has to implement new ordinances such as citywide mask requirements.

Each department also is giving masks to every suspect who rides in one of the police vehicles. Lovelady specifically credited Oktibbeha County Emergency Management Agency and its director Kristin Campanella with providing SPD with enough masks to do that.

Lovelady and the chiefs all said the new measures are just another part of protecting the officers and the public.

"We all need to get through COVID together," Lovelady said. "We need to do our best to prevent and stop the spread."