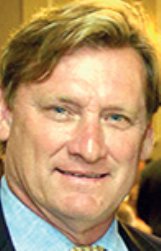 Chain, owner of Renovations Mississippi Inc., was the only applicant for the vacancy. He will replace late John Acker, who passed away on March 31. Chain will finish Acker's unexpired term, which lasts until Sept. 15.

Chain's company has completed multiple development projects in multiple states over the years. He is the owner of several buildings downtown, including the one that houses Huck's Restaurant.

The developer told The Dispatch he hopes to get started on the renovations of what used to be the New Stone Hotel and the Arcade Hotel this year.

The two century-old buildings, located at the west side of the 200 block of Fifth Street South, were bought by Chain and developer Tommy Howard in 2016 from Susan Price Mackay and her brother, Wayne Price.

The developers plan to restore the two buildings to their past glory and build a boutique hotel upstairs. Chain told The Dispatch Tuesday his current plan is to build a seven-room hotel, eight apartments and 11 retail spaces in the buildings.

Chain, currently a member of the city's Zoning Board of Adjustment, said he has been eyeing a seat on the Redevelopment Authority for a while. When the position opened up, he said, many of his friends encouraged him to apply.

"I've always been wanting to be involved in helping Columbus, and I have over the years," he said.

Moving forward, Chain said he does not yet have detailed plans but said there could be more opportunities to develop housing units.

"We're seeing companies coming in, so I think there will be a great need for some more housing," he said. "That could be a really good development."

The board, which consists of five members, was created in 2014 to oversee renovation projects within the urban renewal district established by the council the same year.

Under Acker's chairmanship, CRA facilitated the sale of the former Lee Middle School property on Military Road for a mixed-use development under construction. It also is purchasing lots in the Burns Bottom neighborhood near downtown with the intent of selling those properties to a developer that will build higher value housing.

The project, which is estimated to cost roughly $446,000 in total, would repave the north and south aprons of the airport with two inches of asphalt overlay, said Zach Foster, an engineer with Neel-Schaffer Engineering who works with the airport.

The project would be completed with no cost to the city, Foster said.

But with the pandemic, the FAA said it would cover the cost of the entire project, he said, which would save the city roughly $11,150 -- 2.5 percent of the total cost.

Murphree Paving LLC, a paving company serving southeastern states such as Alabama and Mississippi, is tasked with the construction of the project.