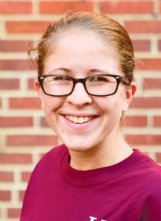 Over the past few weeks, it's evident that businesses have continued to change, and in some cases even close their doors temporarily due to COVID-19. However, there are some area businesses that have seen an influx of customers.

"We're doing great," Mason said. "We still have plenty of product to sell. ... Everybody is buying heavier than they normally would because everything is so uncertain."

The Butcher Shop is open Monday through Saturday 8 a.m.-5:30 p.m. If you're looking for high-quality meat, give Mason a call and see what's in stock.

Over in Starkville, United Produce has shifted its focus entirely. The wholesale distributor, which largely sells to area restaurants, at 900 Louisville St., has taken down its "no retail sales" sign from its building. General Manager John McKissack said with most restaurants closing temporarily, United Produce has had some excess fruits and vegetables available for individual purchase.

Especially for those in self-quarantine, elderly customers and those who can't leave their house, McKissack said United Produce is delivering in the Starkville area.

"We're making the (delivery) option available to the customers," he said. "We're doing it for them and for us. I've gotta find a way to support our guys too. ... My guys all came together with this idea. From here on, we're all in this together."

McKissack said customers are primarily purchasing potatoes, onions, lettuce, apples, oranges and other fresh vegetables and fruits. Feel free to give United Produce a call at 662-323-8578 and see how they can help you out. United Produce is open Monday through Friday 7 a.m.-4 p.m. and Saturday from 7 a.m.-noon.

East Mississippi Wholesale Foods, 5897 Hwy 182, has also been stocked and ready to serve the public. A store representative, Cristen Crantham, said workers have seen a lot of new faces and have "amped up" their sanitization to ensure everyone's safety. Offering food in bulk, they've seen ground beef, chicken tenders and hamburgers fly off the shelves.

"We understand that Kroger and Walmart are selling out of stuff quickly, or limiting what you can purchase," Crantham said. "Even when we're out, we are hoping to get another truck in the next day. Customers can call and we can hold items for you or call you when they are in."

You can stop by East Mississippi Wholesale for paper products, cleaning supplies, sides and meats Monday through Thursday 9 a.m. to 6 p.m. and Saturdays from 9 a.m. to 3 p.m.

It appears the Palmer Home Thrift Store, 2608 S. Main St., has opened back up this week in Columbus. Palmer Home officials posted on social media and announced the store's re-opening after temporarily closing its doors Feb. 6 for restructuring.

The Columbus store will be open 9 a.m.-5 p.m., while the Starkville location is still open 9 a.m.-7 p.m., with a maximum of 10 customers allowed inside at a time.

We've got more business moves out on Highway 45. Car-Mart of Columbus, 2325 Hwy. 45 N., is building a new location. You may have seen the dirt work happening just north of Carl Hogan Toyota on Highway 45. Building Official Kenneth Wiegel confirmed the new location to The Dispatch. The used car dealership first opened in 1981 in Rogers, Arkansas, and now has more than 140 dealerships in 11 states.

General Manager Matt Cook did not return messages to The Dispatch by press time today.

Over in West Point we are getting the third McAlister's Deli in the Golden Triangle. On Highway 45, next to Burger King, you can see construction is underway and expected to open this summer, according to McAlister's Deli representatives. Get ready for some sweet tea, soups, salads and more this summer.

Back in Starkville, Gordmans officially opened this month at 844 Hwy. 12 W. Gordmans replaced the former Goodys that closed its doors earlier this year.

The store offers higher-end name brand products for slashed prices. In 2019, there were nearly 160 Gordmans stores nationwide. That number is expected to increase to 700 stores by end of Fiscal Year 2020.

When times are uncertain, it's always important to help each other out. Moe's Original BBQ in Starkville on Main Street is reaching out to "laid off" employees. If you're temporarily out of work due to COVID-19, Moe's is offering $5 pulled pork sandwiches and two sides Monday through Friday 2-4 p.m. The world simply is a better place when we all do a part. Remember, help out when you can and as always, be safe.