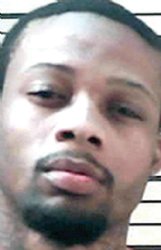 A Mantee man pleaded guilty to two counts of murder in Clay County Circuit Court last week after a witness told jurors he had offered her $2,000 to change her testimony.

Shundray Johnson, 25, received life sentences for each of the two counts -- theÂ 2017 murders of 23-year-olds Kentario Boyd and Kenya Campbell, both of Tupelo.Â

According to both District Attorney Scott Colom and Johnson's attorney, Kevin Camp of Jackson, Johnson called one of the witnesses from the Clay County Jail on March 16 and offered her the money to change her testimony. The conversation was recorded.

Camp said the Johnson "shot himself in the foot" with the recording.

"That was the one thing he couldn't fix," he said.

After prosecutors played the recording for jurors in court Wednesday, Johnson entered his plea.

Camp said it was an example of why defendants should trust their own attorneys.

"You always want to tell your attorney everything," he said. "This is one of those situations where they held things back and it comes back to haunt them."

Colom said he is glad the case -- which had already ended in one mistrial in December after the state introduced evidence letting the jury know Johnson had a prior conviction -- has come to a close.

"(It was) almost three years to the day since the murders and I was happy that we were able to get (the families of the victims) justice," he said.

Deputies with Clay County Sheriff's Office discovered the victims' bodies in a vehicle parked on the side of Dixie Road in rural Clay County on March 14, 2017. Both victims had suffered multiple gunshot wounds, and investigators later theorized the double homicide had occurred as the result of a drug deal gone wrong.

Also indicted in the case was Tabarrius Coffey, 27, of Calhoun City, who was charged with manslaughter. His trial is pending, Colom said.