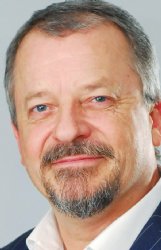 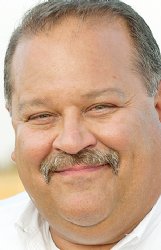 The Tennessee Valley Authority has awarded a contract with a Florida-based renewable energy company to build a 200 megawatt solar facility in west Lowndes County.

Johan Vanhee, chief commercial and procurement officer for Origis Energy, met with landowners of the proposed site Wednesday at the Golden Triangle Regional Airport to confirm the agreement. Construction on the project is tentatively set to begin the second half of 2021. Under the terms of its contract with TVA, Origis will begin providing energy to TVA in October of 2022.

During his announcement, Vanhee praised the eight land owners, who together own approximately 4,000 acres where the project will be built, located just west of the Infinity Megasite.

"About two years ago, here at the airport, I met with most of the homeowners and asked them to step with me onto a journey that must have seemed like a futuristic project," Vanhee said. "That was the beginning of a project, specifically for TVA with no guarantee that TVA would ever be interested. So today, I'm happy I can announce that TVA has said yes to the project, at least part of the project."

Originally, Origis -- through its subsidiary MS Solar 5 -- planned to build a $200-million, 350 megawatt facility, the maximum amount of energy capacity at TVA's new substation located at the Infinity Megasite.

Vanhee said his company hasn't abandoned plans for what will ultimately be a 350 megawatt facility.

"What I said to TVA was, 'If you are ever interested in the additional 150 (megawatts) let me know,'" he said. "They were very frank and said, 'Yes, we are interested.' Again, there was no guarantee, but TVA did express interest, so we will continue to develop plans for the remaining 150 megawatts."

Vanhee declined to say Wednesday how much investment is required to build the 200 megawatt project approved by TVA.

The contract with Origis was one of five projects announced by TVA on Tuesday and is, by far, the biggest. It will also mark the first time TVA has contracted to provide renewable energy to more than a single customer and its first entry into renewable energy storage.

"Before today, their renewable energy was always linked to an industrial company," Vanhee said. "This will be the first time TVA has done it for itself. This is not for one customer, but for all its customers. If a residential customer wants renewable energy, that person will be able to go to TVA and make that request."

In a press release, TVA vice president Doug Perry noted the landmark nature of the agreement with Origis.

"We are moving to contract large volumes of solar for our customers, whether it's for large business customers ... or smaller businesses or residential customers who use our Renewable Energy Certificate to help offset their carbon footprint," he said.

Vanhee said that while the facility won't create many permanent jobs -- three to five full-time employees -- it will create hundreds of construction jobs, most of them unskilled.

LINK CEO Joe Max Higgins said the next step locally will be executing a 10-year fee-in-lieu agreement between Lowndes County and Origis.

"At their last meeting, the supervisors approved a notice of intent to issue a fee-in-lieu," Higgins said. "Now that the project is under contract, we will be back before the supervisors in the coming weeks to formally pass the fee-in-lieu agreement."

Although not affiliated with the Infinity Megasite, the solar facility will enhance the appeal of the site to prospective tenants, Higgins said.

"These types of power investments aren't just good for the tax base, they're good opportunities for future recruitment," Higgins said. "Not only does the Golden Triangle offer TVA's reliable, redundant power, we also offer new-to-the-world generation through renewable developments like this one."