Former teacher indicted for driving baby into a lake 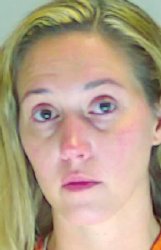 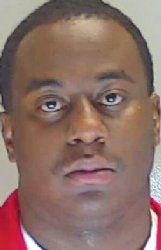 A Lowndes County grand jury has indicted a former teacher in Hamilton for attempted murder.

Carri Campbell Cullum was arrested last fall after investigators said she attempted to back her car off a boat ramp into a lake off Wilkins Wise Road at 3 a.m. on Sept. 21. There was a 2-year-old child in the car with her at the time, according to previous reporting with The Dispatch. A friend, who Cullum had called, was able to pull Cullum and the child out of the vehicle.

At the time of her arrest, Cullum was employed as a teacher at Hamilton Elementary School. A district employee with Monroe County School District confirmed Cullum no longer works there.

A grand jury also indicted a man accused of shooting and killing a man in South Columbus in August.

Aaron James Lewis Mitchell, 27, has been charged with murder for the death of Marty Moore, 28, according to a Lowndes County Circuit Court records.

According to previous Dispatch reporting, Moore was shot early the morning of Aug. 7, 2019 in 2200 block of Ninth Avenue South. He was taken to Baptist Memorial Hospital-Golden Triangle, where he died.

At the time, investigators said Moore and Mitchell became involved in an argument that escalated to violence.