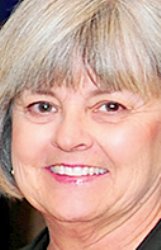 Columbus will celebrate its 200th anniversary in 2021, and Barbara Bigelow has a special present in mind.

Bigelow, director of Main Street Columbus, hopes the bi-centennial of the city will help land some national exposure through a new HGTV series, "Home Town Rescue."

The six-part series will be filmed this year and aired in 2021. It's a spin-off of HGTV's popular "Home Town" series hosted by Ben and Erin Napier, whose efforts to renovate historic homes in their south Mississippi hometown has been chronicled for the past four years. HGTV touts the program as it's most ambitious renovation show yet.

HGTV set up a website encouraging towns with populations of 40,000 or fewer to apply to have their towns renovated.

By Friday's application deadline, hundreds of small towns and cities had submitted videos making pitches for why their town should be the subject of the series.

It was a last-minute effort for Bigelow.

"Mississippi Main Street sent out an email about it and when Leigh Imes and Kathy Novotny of the Preservation Society of Columbus came to our office and asked if it was something we would be interested in, I said, 'Sure,'" Bigelow said. "We didn't have much of a turn-around. We did all the interviews on Tuesday and had the video back to us on Thursday, but I thought it really came together well."

Bigelow appeared on the video as well, noting that the program would be a perfect way to celebrate the city's bi-centennial.

"You can go to Youtube and watch all the videos submitted," Bigelow said. "There are so many ideas and so many towns, but I thought the fact that it was our 200th birthday might set us apart."

Bigelow said she submitted the application twice -- just to be sure it had arrived -- by Friday's deadline and has received confirmation.

"Now, we'll just have to wait and see," Bigelow said. "There wasn't any information about how the process works from this point on or when we could expect to hear which town has been chosen."

The city's application video can be found on the Main Street Columbus Facebook page.