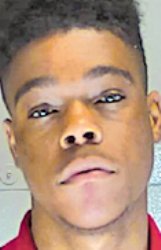 A Lowndes County grand jury indicted an 18-year-old for the shooting death of a Columbus teenager at a party at Propst Park last summer.

Curtis Lathan has been charged with second degree murder, according to Lowndes County Circuit Court records.

Columbus police arrested Lathan after the July 20, 2019 shooting of Arykah Patrice White, 16, during a birthday party. According to police reports at the time, authorities said the shooting occurred when a fight began at the party. During the fight, Lathan allegedly shot into a crowd outside the park's community center, hitting White.

City officials have described White as an "innocent bystander" who had nothing to do with the fight.