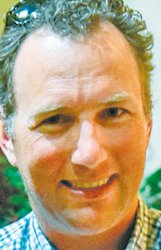 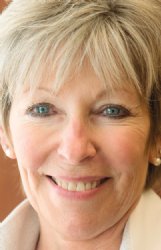 2019 was "the wettest year on record" in Starkville, state meteorologist Mike Brown said. The city has seen more rain at the beginning of a year than it has in 2020, but this year's volume of rain seems greater when added to the saturation of last year, he said.

"The ground can only absorb so much water at any given time, and right now we're probably near or over capacity in most places," said Brown, also a professor of meteorology and climatology at Mississippi State University. "Almost anything that falls now is going to be runoff."

The city will measure rainfall in inches per hour, not just inches per day, Kemp said.

Starkville started considering an update to its stormwater management ordinance for developers in late spring 2019 after a series of heavy rains caused flooding in town. The year-to-date rainfall by May was nearly twice what it had been in 2018 and the second-highest since the National Weather Service started recording rainfall data in 1891.

The updated ordinance, effective as of August, states that developments must be able mitigate storm-water runoff to accommodate a 100-year weather event, which is defined as a rainfall of 9.4 inches over a 24-hour period. The region has experienced several episodes of constant rainfall over more than 24 hours each in the past few months.

The previous ordinance, enacted in 2010, required only systems that can handle a 10-year storm, or six inches over 24 hours.

Starkville received 10.28 inches of rain in January, nearly twice what is considered a "normal" amount, which is 5.4 inches, said Anna Wolverton, a forecaster with NWS in Jackson. The area received 8.81 inches in January 2019.

A normal amount of February rainfall is 5.7 inches, and the area has probably come close to that threshold already this month, Wolverton said.

Meteorologists typically only consider the intensity of rainfall when concerned about flash flooding, Brown said.

"It's a good idea to begin tracking rainfall at smaller time scales to get at exactly what the infrastructure can handle," he said.

The updated stormwater ordinance includes a provision that automatically triggers downstream drainage studies for developments of certain sizes. Developments between two and 20 acres are "required to perform a stormwater analysis subject to the standards of this ordinance at a point five hundred (500) feet downstream or to a significant point of interest," according to the city code adopted in December.

The development might need further stormwater mitigation if the analysis shows "a potential for increased peak flows downstream."

The engineering department is always looking for ways to improve its drainage system and has a capital improvement drainage plan that it continuously works on as funding is available, Kemp said. The board of aldermen approved in 2017 an annual investment of $100,000 for four years into the plan.

In May 2019, aldermen approved a contract of up to $2,400 with River Science, LLC, to conduct a runoff and detention analysis of the Country Club Estates Phase III development. Mayor Lynn Spruill said this study led to another one in the area of Washington and Gillespie streets, and there will be more in the future.

Spruill is discussing a potential flood mitigation project near Overstreet Elementary School, which would be a collaboration with the Starkville-Oktibbeha Consolidated School District, she said.

"We're going to ask for some proposals from landscape architects to see if that's something they would be willing to (propose) designing, so it's going to be a matter of how much it's going to cost to do it," Spruill said.