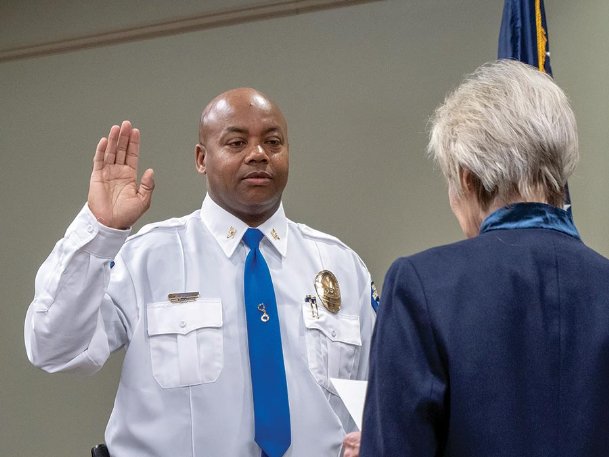 STARKVILLE -- Henry Stewart was sworn in as the Starkville Police Department's new assistant chief -- the first in the position -- Friday morning at City Hall.

Most recently operations captain, Stewart has been with SPD for 25 years and previously served as a sergeant in the U.S. Army and the Army National Guard, according to his resume. He is a deacon at First Baptist Church of Longview and vice president of the Northeast Mississippi State Baptist Laymen Association.

Ballard and Stewart were partners many years ago as detectives, and Ballard told The Dispatch that Stewart's strengths include attention to detail and quality control.

"He'll catch the things that you need to catch when you're appraising the quality of the department," Ballard said.

SPD created the assistant chief position in the departmental restructure that the board of aldermen approved in December. Stewart's responsibilities include directing all other supervisors in the department, serving as acting chief in the chief's absence and helping to develop and implement departmental policies.

The position was necessary to help manage the change in structure and establish a clearer chain of command within SPD, Chief Mark Ballard told the board of aldermen in December.