Buxton takes over as interim principal at Sale 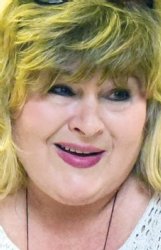 Robyn Buxton roamed the halls of Sale Elementary as a wide-eyed first grader in 1971, probably at that time with no desire to ever be in the principal's office.

Now, that's exactly where she wants to be.

"It is a unique experience to be the principal at the building where I started school," Buxton said.

During an agenda review meeting Wednesday, Columbus Municipal School District's board of trustees named Buxton interim principal at Sale Elementary. She replaces Kimberly Blunt, whose Dec. 20 resignation left one of the district's lowest performing schools in need of a leader for the spring semester.

Sale's 2017-18 state accountability rating of C fell to an F for 2018-19, the biggest drop among CMSD campuses and making it one of two failing schools in the district (the other is Columbus Middle School). Mississippi Department of Education assigns letter-grade accountability ratings to public school districts and their campuses each year based on a number of factors, primarily student performance on end-of-year state benchmark exams.

Since taking the reins at Sale, Buxton has already implemented an additional computer lab for students, she said, as well as a "power hour" program to assist students with any learning deficits. She said she and her staff also are focusing hard on testing data to help give them a better chance to succeed on the upcoming benchmarks.

"This is a challenge I'm not afraid to accept, and the staff here isn't afraid to accept it either," Buxton said. "This school has great potential, and I expect to see great things happen. ... There is so much room for growth at this school, and we can't do the things we're wanting to do without a great staff. This staff is amazing."

Superintendent Cherie Labat, who recommended Buxton for the interim principal position after Blunt's resignation, said she is confident in Buxton's leadership.

"We have embraced Mrs. Buxton as the interim principal at Sale Elementary," Labat said. "... She has worked diligently during the winter break to analyze data and build relationships with her new staff. ... The faculty has been very receptive and focused on improving student outcomes. This is a critical time for student development, and we will continue to stay focused on student achievement."

Buxton has not decided whether to apply for the permanent principal position at Sale but she said she hasn't ruled it out.

3. Possible illegal recordings, child exploitation claim at center of teacher's fight to get her job back COLUMBUS & LOWNDES COUNTY