Business Moves with Mary: Lofts at Lee available to rent; restaurant, event space there near completion 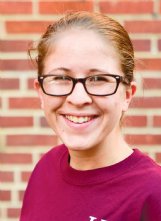 The redevelopment of the former Lee Middle School property at Military Road and Highway 82 is starting to show tangible results.

More than a year after developer Scott Berry purchased the 15-acre property for a mixed-use project, the Lofts at Lee, a rentable events venue and restaurant are all near completion.

Berry, who purchased the property in June 2018, said the "finishing touches" are almost complete with the high-end loft apartments -- which were converted from the old classrooms in the historic school. He is accepting lease agreements starting this month with 20 one- and two-bedroom apartments. Lofts at Lee will also have three furnished three-bedroom apartments for short-term rentals such as Airbnb.

Over the course of construction, Berry said passersby and familiar folks have walked the halls to reminisce about a part of history from the 1950s school that shuttered in 2011.

"If you were a graduate of this school and you walk this hallway, you'll know you went to school here," Berry said.

When Berry purchased the lot, he voiced commitments to redeveloping the area for Columbus. With the lofts project almost done, the auditorium has been renovated and revitalized for a rentable venue. In fact, the venue has already reserved its first event: a wedding in March. Berry said he is taking reservations and deposits starting this week for any event after the March wedding. The new space could be rented for corporate events, meetings, weddings and even concerts.

"The lighting in there, wow. It just has excellent natural light," Berry said. "It's got a lot of flexibility too. You could have up to 1,000 people."

With construction continuing throughout the development, Berry added a restaurant, with which he is partnering with Paul Lavender to operate, should open by late March in the school's former cafeteria. Though still battling between names, Berry said the high-end restaurant will add another dining option for Columbus residents.

"It's going to be an upscale steak and seafood restaurant," he said. "We're finishing up the interior, but the kitchen is actually the old cafeteria's kitchen and the dining area will be where you ate when you went to school."

With these chapters coming to fruition, classroom-lofts, auditorium-turned-hip-venue and cafeteria-now-restaurant, Berry's next project lies with the old gymnasium with no clear-cut conclusion.

"That's the next thing I'm tackling," Berry said. "We're going to clean it up first."

Downtown Columbus is booming with restaurant news as a new Mexican restaurant prepares to open on Main Street.

La Campana Mexican Restaurant is slated to open at 400 Main St. by the end of February.

A representative from Chris Chain's office confirmed the new restaurant opening on Main. This is the second La Campana location in Mississippi, with the first eatery opening in Decatur.

A representative from La Campana could not be reached by press time today.

Carnivores and meat lovers get ready to pig out, or rather beef up, your menu with a new hormone-free butcher shop in Starkville.

Welcome Home Beef, a business owned by the Sanders family, is slated to open by the end of this month at 329 University Drive. Co-owner Will Sanders said the butcher shop plans to open Monday through Saturday from 10 a.m. to 6 p.m. Partnered with local cattle farmers in the south and a family-owned farm in Glenville, Nebraska, Welcome Home offers customers "unbelievably tender and tasty" beef products.

"We buy southern cattle around here and give them to another family farm in Nebraska where they aren't fed any hormones and are on all-natural non GMO feed and they process it," Sanders said. "We're really excited to bring this quality beef to Starkville."

Keep up to date on the Sanders Family and Welcome Home Beef with their Facebook page. A new shipment of fresh meat will be delivered Jan. 20 with roasts, hamburger meat and steaks. If you don't stay tuned with Starkville's newest shop on the block, it might be a missed-steak.