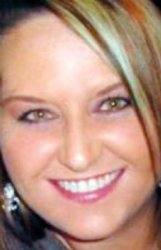 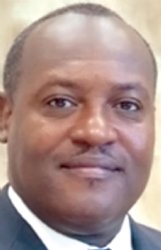 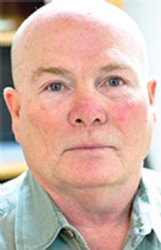 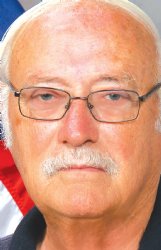 OKTIBBEHA COUNTY - County officials are considering applying for five grants to fund the replacement of the levee at Oktibbeha County Lake, Emergency Management Agency director Kristen Campanella told the board of supervisors at its Monday meeting.

Campanella said she met last week with the grant writers who recently helped Starkville secure a $12.66 million grant from the U.S. Department of Transportation to revamp a mile of Highway 182. The group can write and send applications for five grants, two of which are federal and highly competitive, she said.

Both grants are due Jan. 31, so the county would have to act quickly to submit letters of support to the grant writers from everyone who has a stake in County Lake Road, Campanella said.

"I think we've got the support for it (with) as many people as we've reached out to, so I don't think the letters will be a problem to get," she said.

All five grants are a 75/25 match, District 3 Supervisor Marvell Howard told The Dispatch.

"It's probably going to take multiple funding sources to get this taken care of, but we're still in the exploring stage right now," Howard said.

The grant writers did not tell Campanella how much they would charge the county to write the grants, but they would receive a percentage of the grant award if the county receives one, she said.

Agencies that award consider whether a county has adopted the International Building Code, which Oktibbeha County has not, County Engineer Clyde Pritchard said. The IBC is a model building code developed by the International Code Council and was most recently updated in 2018. It has been adopted as the base code in several, but not all, jurisdictions in the United States and a few other countries.

The county is "sort of starting behind the eight-ball" by applying for flood mitigation and pre-disaster mitigation grants without adopting the IBC, Pritchard said.

If the levee breaks, 17,500 acres of nearby land would flood to some extent, and about 250 people would have to evacuate at least 112 households. It would cost about $8 million to replace the levee, emergency spillway and floodgate valve, as well as replacing part of County Lake Road and constructing a detour.

"It's not just something that we want to do," Campanella said of replacing the levee. "This is a life safety issue for anybody who travels that road, and (school) buses travel it twice a day, so that's where we have a leg up. Honestly, if it happened today, if something tragic happened, somebody would find the money to fix it."

The lake is in the northeastern portion of the county, west of County Lake Road, which includes the bridge on the levee. It was built in the 1960s and holds about 3,406 acre feet, or more than 148 million cubic feet, of water at normal operating conditions. Its full capacity is more than 454 million cubic feet over 935 acres, but the county has minimized pressure on the levee by limiting the amount of water in the dam since 2016, when a Mississippi Department of Environmental Quality inspection confirmed the levee needed repairs.

Howard, Pritchard and Campanella will travel to Jackson on Dec. 10 to discuss more funding options with state agencies, Howard said.

In other business, County Fire Services Coordinator Kirk Rosenhan will retire in January after 31 years in his position, and the board of supervisors will have until 30 days after its first January meeting to appoint his successor.

Rosenhan told The Dispatch he submitted a letter officially declaring his decision to the county Monday afternoon.

The fire coordinator is a contractor, not a salaried county employee. Howard suggested the board consider reclassifying the position, and County Administrator Emily Garrard said the board could make it a part-time or full-time salaried job.

Garrard said Rosenhan can stay in his position until the board finds his successor. Rosenhan said he will try to make the transition as smooth as possible.

"I certainly will work with whomever they appoint, and I'm staying out of that at this point in time, but I'll certainly be useful in the transition," Rosenhan said.