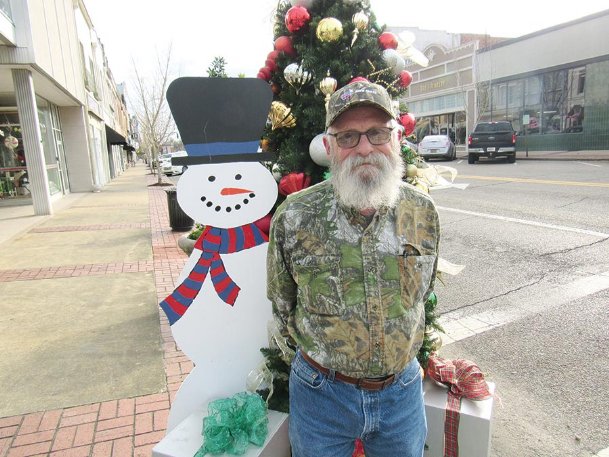 Paul "Catfish" Clay was a fixture at Propst Park during the 1970s and 1980s where he coached youth league baseball. He started coaching at age 17 and spent more than 25 years coaching. "I loved it from the start," Clay, 67, said. "I didn't realize how much fun it was teaching the game. It's just something I really enjoyed." Photo by: Slim Smith/Dispatch Staff

Mention the word "baseball" and the name "Catfish" and folks around the country immediately think of Jim "Catfish" Hunter.

But anyone who played youth league baseball in Columbus in the 1970s and 1980s -- around the time Hunter was crafting his Hall of Fame career -- might also offer up Paul "Catfish" Clay.

For hundreds of kids from one end of the county to the other, Catfish Clay was as much a part of Propst Park as the train, coaching kids from 10 to 15. Although serious about teaching the game, Catfish was known as much for his fun-loving personality as his coaching.

"My thing was having fun,'' said Clay, 67. "If you're having fun, that means you're winning. No matter what anybody says, losing isn't fun, even though you have to learn how to lose."

Clay coached baseball at time when Propst Park was overrun with kids.

"They were from all over," Clay said. "Back then, we had a city league and a county league, so no matter where you lived, you came to Propst Park to play."

"Baseball isn't fun to practice," he admitted. "It's repetitious. You do the same thing over and over and over again. That's how you learn. You do your work in practice. You have your fun in the games."

Clay said successfully coaching kids requires relating to them on their level.

"There was a lot of times I'd stand on the pitching mound and not even pick up a ball," he said. "I'd just talk to them about what was going on in their life. Even 10-year-olds have things going on, so you need to know that to get down to their level. That's the only way to do it."

Clay had "the gift of gab," as they call it, something his father recognized in him even as a child.

"My dad had a barbershop, Fairlane Barber Shop, and when I was about 12, I'd go down, clean windows, shine shoes. I thought I'd be a barber, too. I wanted to, but my dad wouldn't let me go to barber school. He said I'd starve because I liked to be outside too much and I liked to talk too much. He was right."

Clay played two years of baseball at East Mississippi Community College, but he was coaching even before that.

"When I graduated high school in 1970, Tommy Johnson asked me if I would help him coach the 10-11-12 (year-olds)," Clay said. "I was 17 years old. I loved it from the start. I didn't realize how much fun it was teaching the game. It's just something I really enjoyed."

In 1977, when the "other Catfish" was pitching the New York Yankees to their first world series title in 15 years, Catfish Clay was also enjoying his greatest achievement, leading his 13-14-year-old Columbus team to the Dizzy Dean World Series title.

"We had some really good teams," Clay said. "But I enjoyed every team I coached, no matter how well we did. I had a lot of good help coaching, too."

Andy Boyd, director of the Frank P. Phillips YMCA, coached with Clay when the two men had kids playing ball in the 1980s.

"The kids really liked playing for him," Boyd said. "He was a gritty kind of a guy, but he was fun to be around. He was serious about coaching, but he kept it fun for the kids."

All these years later, Clay still runs into players he coached.

"It's a funny thing," he said. "Remember, I was 17 years old when I started coaching. Some of the players on that first team were only five years younger than me. So I go around town today and I see men, more or less my age, that I coached. I don't remember all of them. There have been so many, but they remember me."