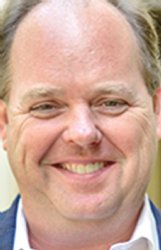 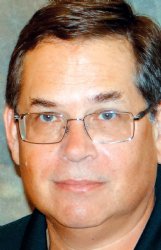 Up to six Columbus homes will receive upgrades to make them more energy efficient through a partnership between the Tennessee Valley Authority and Columbus Light and Water.

The CLW board voted unanimously during its regular meeting Thursday to join TVA's Home Uplift program, in which TVA will upgrade a handful of homes to help reduce utility bills, improve indoor air quality and lower home maintenance costs.

"We would be able to do five to six homes each year," CLW Manager Todd Gale said. "Not many, but every little bit counts."

Gale said the project is similar to a TVA pilot program CLW joined two years ago, when TVA paid for upgrades for about 160 homes in the Columbus area.

"We were selected out of ... five TVA distributors -- us, 4-County and three others through the valley," Gale told The Dispatch after the meeting. "That was just a grant program, a pilot program. Now they're rolling it out to all the distributors."

To participate in the program, residents have to own their own home and make a maximum income at twice the poverty level, Gale said. At earliest, the program would begin next spring.

Gale said TVA would hire energy firm CLEAResult to conduct inspections and perform the upgrades. When CLEAResult worked in the homes two years ago, they addressed issues such as air leaks, poor weather sealing, insulation, heating and cooling, duct seals and other issues with the aim to create 25 percent energy savings for the residents, according to previous reporting by The Dispatch.

After some discussion, the board agreed to let CLW customer service representatives -- who Gale said know which customers have trouble paying their electric bills -- come up with a list of residents who could potentially be part of the program.

4-County Public Relations and Marketing Manager Jon Turner said the rural utility is considering partnering with TVA on the Home Uplift program, but the board has not given it the green light yet. He added when 4-County partnered with TVA two years ago, they upgraded about 265 homes in 4-County's coverage area without going through CLEAResult.

He said if 4-County does go ahead with the Home Uplift program, it would likely cost them about $82,000 minimum, but the co-op could potentially partner with nonprofits or other organizations to help with costs.

In other business at CLW's meeting Thursday, the board voted for Gale to create a "master plan" of where around town to place charging stations for drivers of plug-in electric cars.

In July, CLW unveiled Columbus' first public such charging station in front of the Tennessee Williams House and Welcome Center. It costs 75 cents per hour for drivers to charge their vehicles at the station, and since it was installed, it's made about $8 for CLW. CLW rents it from Tennessee Valley Public Power Association for $250 per month. The other public stations in town are all located at hotels.

Board member Jabari Edwards suggested the plan during a discussion of whether to place another station in the same area. He and board attorney Jeff Smith both pointed out while CLW doesn't have to make money off the stations, they need to make sure they minimize costs when they install further stations.