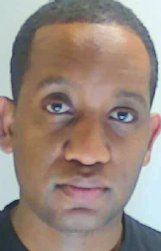 Columbus police have arrested a Mississippi Highway Patrol officer who is accused of slamming a woman into a car and causing her to hit her head.

Devodrick Sims, 33, of Brisbain Drive, faces misdemeanor charges of malicious mischief and domestic violence, according to Columbus Municipal Court documents. The documents say that on Nov. 11, Sims grabbed a woman by the arm and pushed her into a car, where she struck her head. The report also says Sims punched a car windshield, causing less than $1,000 worth of damage.

Sims was not on duty or acting in his official capacity at the time of the incident. It involved a personal vehicle.

A MHP spokesperson confirmed Sims is an MHP trooper, but did not release further details.

Sims has been released from Lowndes County Adult Detention Center on recognizance.