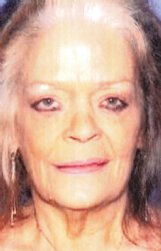 A Columbus woman will spend five years in prison after she pleaded guilty last week to stealing $80,000 from her parents.

"Unfortunately, these types of cases are more common, and they are often difficult to prove due to the victim's medical state and because family members may eventually have a right to the funds," said Attorney General Jim Hood in the press release. "It's important for families to make sure they are taking proper measures before drawing money from a loved one's account, such as having in writing who has access and by keeping a check on the bank account activity to prevent fraud by another family member."