Education concerns to be raised at annual town hall 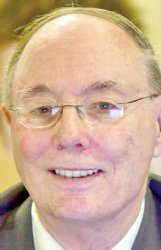 Those with questions for legislators or area education officials will have an opportunity raise their concerns at an Education Town Hall in Columbus Monday.

The Columbus Lowndes Chamber of Commerce Education Committee has hosted the meeting annually for the last "several years," said committee chair Glenn Lautzenhiser. The goal is for business and community members to discuss the state of education in the area with state legislators and, this year, officials from Columbus Municipal and Lowndes County school districts, Mississippi School for Mathematics and Science and area private schools. It also gives those educators a chance to talk directly with lawmakers.

"If you survey the public, whether it's here locally or around the state or around the nation, and you ask them what are the top five concerns as a citizen, education is always going to be on that list," Lautzenhiser said. "And more often that not, it's going to be at the top or very close to the top."

The event will be held at the Castleberry Ballroom in the Courtyard Marriott Hotel on Sixth Street North from 5:30-7 p.m.

Lautzenhiser said the education committee has prepared several questions for the panel of legislators and education officials to give them a chance to think about their answers. However, after legislators answer those questions, attendees will also have the chance to ask their own on the spot.

One issue that is always a priority for the committee and attendees is funding, Lautzenhiser said.

In the past, Lautzenhiser said, there have been as many as 100 people in attendance at the event, with another 4-500 watching the event stream on Facebook. He said just attending the meeting is a good way to show support for students in the Columbus area.

"Since (today's students are) going to be the doctors and the lawyers and the accountants the policemen and the firemen and the plumbers and the electricians and all the people that we depend on for goods and services, it's just so important that they receive the best possible education and that those of us who are adults get an opportunity to support them, encourage them and do everything we can to champion education in our community," Lautzenhiser said.

The event is free and open to the public. While it's not mandatory, would-be attendees can RSVP on the chamber's Facebook page.