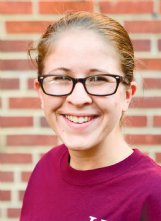 For 27 years, Homer Beaty and his wife Joanne have flown around the country searching for the latest fashions and trends for their downtown store Fashion Barn at 100 Fifth St. S.

Soon, those business trips will change to retirement travels after Beaty announced their retirement coupled with the store's closure.

"I'm ready to start traveling," Beaty said. "I would love to go out to St. Louis and hit Route 66 and head to California and go eat at all those diners. I don't know what I'm going to do, but I'm going to do something."

Beaty, who owns the building, said the store will close its doors once he has sold his current merchandise, which includes more than 700 formal dresses. Now listed at half price, he hopes to have customers shopping earlier than usual for formal wear.

The Beaty's fashion store first opened in east Columbus, moved to Highway 45 and has been on the corner of Fifth Street since 2002. Throughout the years, Beaty said he's enjoyed the downtown company and having an ideal location for customers to shop.

"It was a family business. My two daughters (Shilo Goodman and Erika Allison) loved it," Beaty said. "They were a part of it and they worked hard."

"I've got two or three people commenting already," Beaty laughed. "I'll be a Realtor for a while, I guess."

The spa downtown first opened in 2006, celebrating its 13th anniversary this month. Owner Melissa Rushing announced on the company's Facebook page the spa would close in Columbus and reopen in Madison early 2020.

Rushing added the company's relocation to Madison was due to her daughter's diagnosis with Rett Syndrome.

"It is because of that, that I must relocate our family to a larger city so that she can have the educational and medical resources she needs in a more centralized and affordable way," she posted.

The spa's last day in Columbus was Oct. 31. All gift cards that have not been redeemed, and for those who cannot make the two-hour trek down south, Rushing is advertising phone and email consultations for Bella Derma Products. Keep up to date on Rushing and Bella Derma at BellaDermaLifeSpa.com.

I know you guys have probably seen some construction and progress at the old Southern Family Market on Alabama Street. The answer to 'What's going on?' is finally here. David Dale, project manager for the 7.5-acre Columbus Crossing development, confirmed to The Dispatch that Marvin's, currently housed at 2915 MS-50, will soon move to 939 Alabama St. Dale could not confirm when the Columbus hardware store would move and Marvin's representatives did not return calls to The Dispatch by press time.

"Marvin's has been a staple of the Columbus community for many years and we believe the new locations, which enjoys much more traffic in combination with their new store concept, will be very well received by the community," Dale emailed The Dispatch. "We are excited about this new project and think it will be a great addition to Columbus."

Dale added the property owner, Bruce Derrick, is also looking to lease two more sites at the development in addition to Marvin's. Though Marvin's remains as the only signed tenant, Dale said "most likely a fast food restaurant and a bank" could come to Columbus Crossing.

Michael and Rachel Womack first opened the nutrition store, 424 Second Ave. N., in May, closing after nearly six months of business. The closure was announced on the company's Facebook page. When contacted, the owners declined to comment.

If you have gift cards, be sure to use them up before mid-November. The store hours are Monday through Friday from 9 a.m.-5 p.m. and Saturday from 9 a.m.-1 p.m.