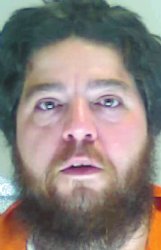 A New Hope man was arrested over the weekend after allegedly strangling a woman.

Stephen Nerio Flores, 37, of Old Yorkville Road, has been charged with domestic violence-aggravated assault. Deputies with Lowndes County Sheriff's Office responded to Flores' residence Saturday after receiving a call about domestic violence, according to an LCSO press release. There a 39-year-old woman reported Flores had assaulted and strangled her.

The victim was taken to Baptist Memorial Hospital-Golden Triangle to have her injuries treated, the press release said.

In Mississippi, strangulation in a domestic violence case is an automatic felony.

Flores is in Lowndes County Adult Detention Center on $10,000.